Key to Kinzinger’s early questioning was a draft letter written by Justice Department lawyer Jeffrey Clark which would have told states the Justice Department backed Trump’s fraud claims. Rosen and Donoghue said they were asked to sign the letter but refused; federal agents searched Clark’s home as the hearing took place. Furthermore, Donoghue discussed handwritten notes in which he wrote that Trump asked Rosen to “Just say that the election was corrupt and leave the rest to me and the Republican Congressmen.”

Coverage was widespread and prominently featured across the spectrum, often featuring live coverage. 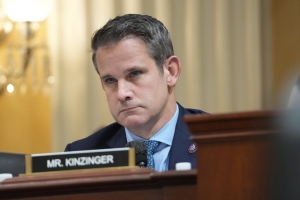 The committee has revealed that a White House lawyer told Jeffrey Clark, a Justice Department lawyer pushing a Trump-backed plan to subvert the election results, that he would be committing a felony if he helped to overturn the election.

Read full story
Some content from this outlet may be limited or behind a paywall.
See full media bias rating for New York Times (News)
From the Right
5068
Justice
Jan. 6 committee: Thursday hearing will focus on Trump pressuring DOJ over 2020 election
Fox News (Online News) 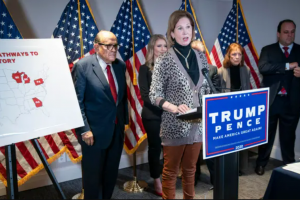 The Jan. 6 Select Committee is set to hold its fifth public hearing Tuesday. The hearing will focus on former President Trump allegedly pressuring the U.S. Department of Justice to say there was fraud in the 2020 election. The hearing will be led by Republican Rep. Adam Kinzinger.

Justice Department officials’ unwavering resistance to former President Trump’s attempts to use their agency to legitimize his bid to remain in office will be the focus of Thursday’s hearing from the House committee investigating the Jan. 6, 2021, attack on the Capitol.

“In the remaining weeks of the transition, President Trump tried to pressure the Department of Justice and help him overturn the 2020 election,” a select committee aide told reporters Wednesday.