Major outlets across the spectrum — including both CNN (Left bias) and Fox News (Right bias) — featured live coverage of the hearing at the top of homepages. However, CNN stood out by displaying coverage of the topic with the tagline, “ATTACK ON DEMOCRACY.” 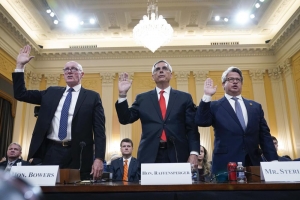 The House 1/6 committee outlined on Tuesday Donald Trump’s relentless pressure to overturn the 2020 presidential election, aiming to show it led to widespread personal threats on the stewards of American democracy --— election workers and local officials — who fended off the defeated president’s efforts.

The panel investigating the Jan. 6, 2021, attack at the U.S. Capitol resumed with a focus on Trump’s efforts to undo Joe Biden’s victory in the most local way — by leaning on officials in key battleground states to reject ballots outright or to submit alternative electors... 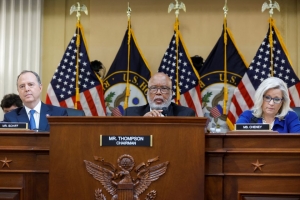 The congressional committee investigating the Jan. 6, 2021, assault on the U.S. Capitol shifted its focus on Tuesday to the pressure Donald Trump put on state officials as he sought to remain in the White House despite losing the 2020 election. 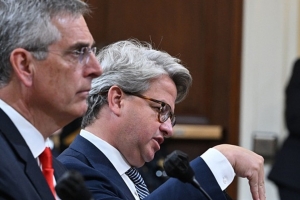 The Jan. 6 Select Committee is set to hold its fourth public hearing Tuesday, during which testimony is expected to focus on how pressuring state officials to overturn the 2020 election results may have influenced the Capitol protests. Committee member and Rep. Adam Schiff, D-Calif., will lead the hearing.