The Justice Department's inspector general will probe how the department managed a Trump-era investigation into media leaks that involved the secret seizure of data for some Democratic lawmakers, their staff and family members. News emerged this week of Justice Department investigations of House Intelligence Committee Chair Adam Schiff (D-Calif.) and committee member Rep. Eric Swalwell (D-Calif.) during the leak probes in 2017 and 2018, which involved seizures of their Apple data. The alleged leaks reportedly involved classified information about correspondence between the Trump administration and the Russian government.

Coverage of the news was featured prominently by many major left- and center-rated outlets Friday afternoon; many right-rated outlets hadn't offered original reporting on the news at the time of this writing. Some reports from right-rated sources concentrated on the source of the leaks in question, echoing statements on the story from Republican lawmakers. Some coverage from left-rated sources focused on Democrats' calls for former attorneys general Jeff Sessions and William Barr to testify about the probes in front of the Senate Judiciary Committee. 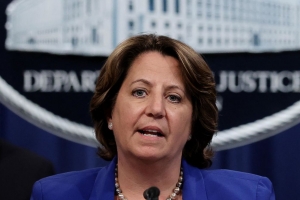 The Justice Department's inspector general will investigate the department's handling of a leak investigation into former President Donald Trump's political enemies that included a subpoena to collect metadata of lawmakers, staff and some family members, the office announced Friday.

The request comes as House Intelligence Committee Democrats held a briefing led by Chairman Adam Schiff. A source said that members were 'animated' in trying to figure out who at the Justice Department and in the Trump administration were behind the effort to seize their records.

The activity follows the bombshell revelation that prosecutors in... 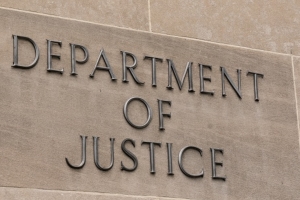 The Justice Department's inspector general has agreed to probe how the department handled a leak investigation during the Trump administration that included a subpoena for metadata of some lawmakers, staff, and family members, CNN is reporting.

The news network had reported that the action came after Deputy Attorney General Lisa Monaco had requested the investigation. CNN said the IG's office announced the probe on Friday.

The New York Times said that prosecutors in the Justice Department under former President Donald Trump seized data from Apple from two Democrat lawmakers on the House Intelligence Committee,

Read full story
Some content from this outlet may be limited or behind a paywall.
See full media bias rating for Newsmax (News)
From the Center
5068
Justice
DOJ to probe Trump-era subpoenas of lawmaker records
The Hill 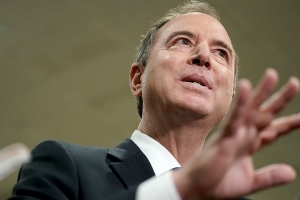 The Justice Department's internal watchdog will investigate the secret seizure of data from Democratic lawmakers and reporters during leak investigations initiated under the Trump administration.

In recent weeks, the Department of Justice (DOJ) also notified reporters at three different outlets their records were sought in similar investigations and dropped the gag orders limiting disclosure of the seizure.

The war on drugs may profess to be waged against narcotics, but it overwhelmingly targets people—a view increasingly shared by experts on drug use. Nora...

U.S. Capitol Police officers who were attacked and beaten during the Capitol riot filed a lawsuit Thursday against former President Donald Trump, his allies...

Merrick Garland must investigate Donald Trump’s attempted coup — not for retribution but for...
OPINION

With increasing and troubling frequency, an argument is being made that former presidents should be presumptively shielded from criminal...

An article from the Associated Press is headlined “Biden nominates first LGBT federal appeals court nominee,” a claim that was further elevated by...