On Tuesday, Senate Minority Leader Mitch McConnell (R-KY) voiced his qualified support for a bipartisan electoral reform bill, a bill that is intended to prevent a reoccurance of the January 6th riot at the U.S. Capitol. The bill would clarify Congress' role in certifying the results of presidential elections; a similar bill passed the U.S. House last week.

The Senate Rules Committee cleared the electoral reform bill 14 to 1, with Senator Ted Cruz (R-TX) being the lone "no" vote. It is likely to pass the full Senate when it is brought up for a vote, but it would then have to be reconciled with the House version. For instance, in the House bill, a one-third vote is required in both the House and the Senate to raise objections to states' electoral results, whereas in the Senate bill, the threshold is one-fifth. Currently, only one member in the House and one member in the Senate needs to object, and there is a broader scope of reasons to object than is now being proposed.

The vote on the electoral reform bill will not take place until next week at the earliest, and if if passes, it would reform the 1887 Electoral Count Act, which contains vague language on certification. Sources from across the political spectrum are covering the bipartisan support for this legislation. 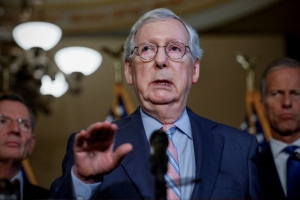 The bill, intended to make it harder to object to presidential election results following the Jan. 6 Capitol riot , received the Republican leader's endorsement during a Tuesday floor speech. A similar piece of legislation passed the House last week.

“I strongly support the modest changes that our colleagues in the working group have fleshed out after months of detailed discussions,” McConnell said. “I will proudly support the legislation, provided that nothing more...

U.S. Senate Republican leader Mitch McConnell on Tuesday voiced qualified support for a bipartisan Senate bill to clarify Congress' role in certifying presidential election results, calling it the only chance to prevent any future chaos like the Jan. 6, 2021, Capitol assault.

"I'll proudly support the legislation provided that nothing more than practical changes are made to its current form," McConnell said in a floor speech.

"This bill, as introduced, is the only chance to get an outcome and to actually make law," he added.

Fourteen lawmakers from both parties... 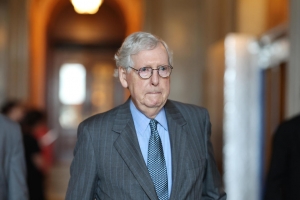 Senate Majority Leader Mitch McConnell on Tuesday announced he'll "proudly" support bipartisan legislation in the Senate to reform the Electoral Count Act, a move intended to prevent a recurrence of the events of Jan. 6, 2021.

A similar effort passed in the House last week. Eleven Senate Republicans have already announced they are co-sponsoring the measure, more than enough for passage. The Senate Rules Committee on Tuesday voted to advance the bill, with GOP Sen. Ted Cruz being the only committee member to object.

"I strongly support the modest changes that our colleagues... 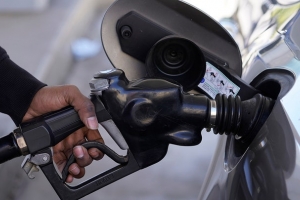