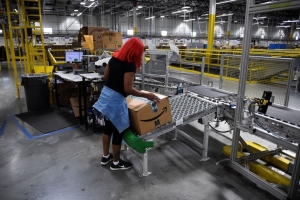 American employers picked up the pace of hiring in April and the unemployment rate fell to a fresh half-century low, adding to signs of a healthy U.S. economy.

Economists surveyed by The Wall... 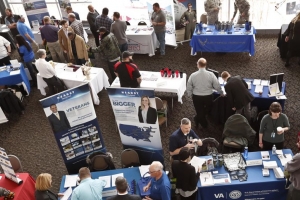 US employers added a robust 263,000 jobs in April, suggesting that businesses have shrugged off earlier concerns that the economy might slow this year and anticipate strong customer demand.

The unemployment rate fell to a five-decade low of 3.6% from 3.8%, though that drop partly reflected an increase in the number of Americans who stopped looking for work. Average hourly pay rose 3.2% from 12 months earlier, a healthy increase though unchanged from the previous month.

The economy produced another strong month of growth, and the jobless rate fell to the lowest level of the recovery.

The Labor Department released the April data on hiring and unemployment on Friday morning, providing an up-to-the-minute snapshot of the economy.

The unemployment rate was 3.6 percent, the lowest in half a century. The rate was 3.8 percent in March.

Average hourly earnings rose by 0.2 percent, which follows an increase of 0.1...

News and Information about Economy and Jobs
Go ad-free! Support AllSides.
About these ads