Education, Florida, Critical Race Theory, Ron DeSantis
Save for Later
From The Right 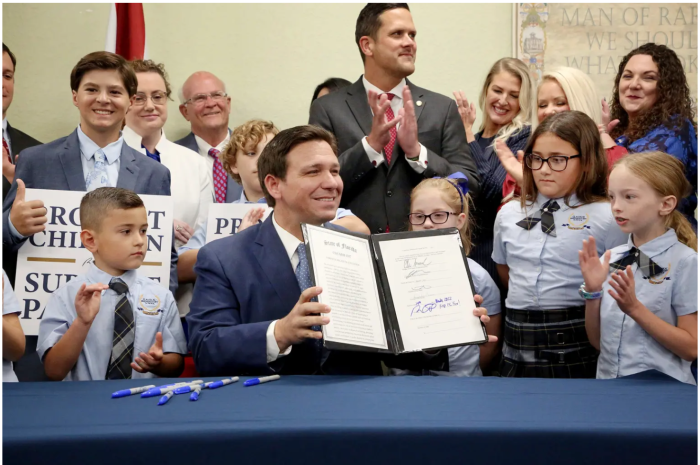 The Florida Department of Education has released examples of what it calls “problematic” material that led it to ban dozens of math textbooks — including a lesson with an algebra graph measuring racial prejudice.

The DOE rejected 54 math textbooks – about 41 percent of publisher submissions — for content that officials said tried to “indoctrinate” students or expose them to “dangerous and divisive concepts.”

Facing a slew of requests to share examples of what led to the bans, the department posted four photos of math problems on its website Thursday.