Justice, January 6, Guy Refitt, Capitol Chaos
Save for Later
From The Center 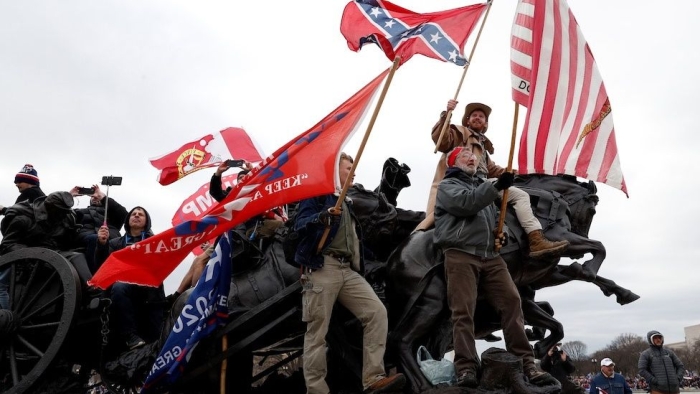 Guy Reffitt, 49, from Texas, was convicted of five charges including obstruction of an official proceeding and interfering with police in a riot.

The case was being closely watched as a possible bellwether for hundreds more cases related to that day which will come to trial in the months ahead.

According to investigators, Reffitt was among the mob of Donald Trump supporters that stormed the Capitol on 6 January as lawmakers met to confirm Joe Biden's presidential win.