Working across the aisle, lawmakers deliver wins for North Carolina 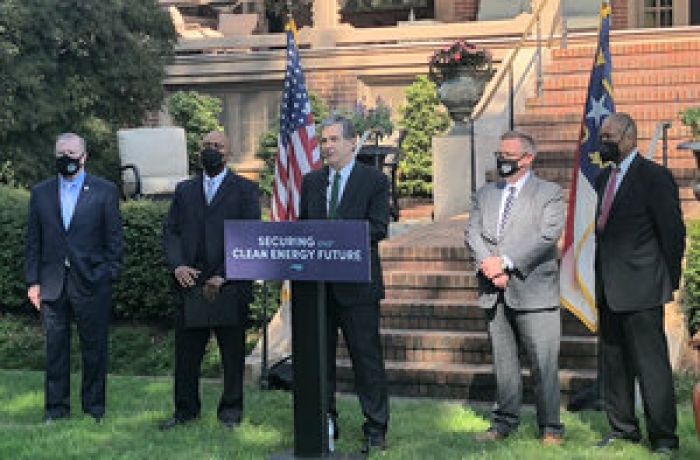 As the year draws to a close in politically divided North Carolina, hostilities have eased somewhat between the Democratic governor and majority-Republican lawmakers, both of whom recently agreed on a comprehensive budget more than three years after the last one was approved.

Last month, second-term Gov. Roy Cooper signed a two-year, $53 billion state budget bill penned by GOP legislative leaders that was four and a half months late, and with lots inside for him to dislike, such as provisions that rein in his emergency powers and phase out corporate income taxes. And there are only plans to study the broad Medicaid expansion he’s sought for years, with no promise for an actual vote.

Two years ago, Governor Cooper vetoed the spending bill. But this year, there was enough in it to make him sign, including an avalanche of surplus funds that Republicans were happy to direct toward myriad projects across the state, including broadband expansion and water treatment plant repairs.

Read full story
Some content from this outlet may be limited or behind a paywall.
bridging divides, Politics, North Carolina, Economic Policy, Democratic Party, Republican Party