Education, Civics, Rhode Island
Save for Later
From The Center 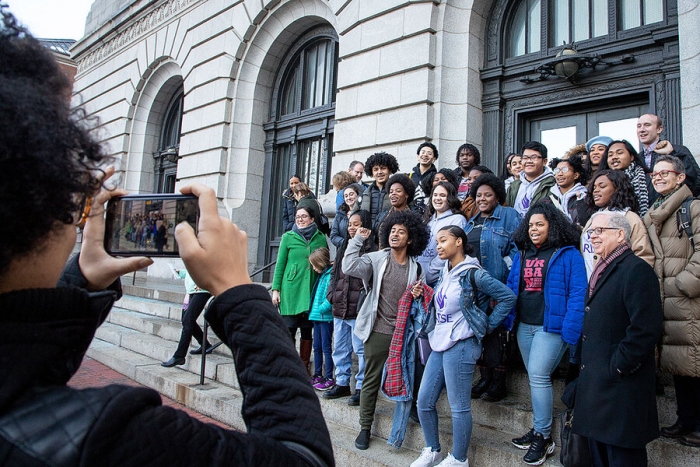 An educated society is vital to democracy, but are schools obligated to teach students how government works? And who should decide that, the states or the courts? Both questions are at the heart of an appeals case in Boston.

Growing up in Providence, Rhode Island, Ahmed Sesay never had a class in civics. When he graduated from high school in 2019, he had to teach himself how to vote and pay his taxes.

Now 20 years old, Mr. Sesay is part of a lawsuit being decided by a Boston-based court of appeals this month that argues that students have a constitutional right to an adequate civics education.

“Civics shouldn’t be an elective,” says Mr. Sesay. “It’s a life skill, to understand how your government works.”

The suit was filed in 2018, but some legal scholars say it’s taken on new significance following the Jan. 6 storming of the U.S. Capitol, an event that the plaintiffs say underscored the need to teach students to distinguish fact from fiction, to disagree civilly, and to respect the peaceful transition of power. Democracy itself is in danger if citizens don’t understand how it works, they argue.

Read full story
Some content from this outlet may be limited or behind a paywall.
Education, Civics, Rhode Island