No Breakthrough After First Virtual Summit for Biden and Xi 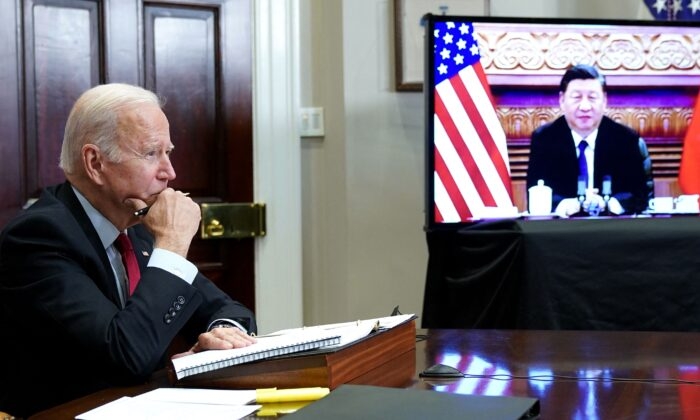 President Joe Biden and Chinese leader Xi Jinping did not reach any “breakthrough” on issues concerning both nations, after their first virtual summit as heads of state on Nov. 15.

Biden said the United States will work to “a​​dvance an international system that is free, open, and fair,” raising concerns about the Chinese Communist Party’s human rights record and abuses he was aware of in Xinjiang, Tibet, and Hong Kong.

According to the White House, Biden used the talks as an opportunity to “speak candidly and straightforwardly” to Xi about the intentions and priorities of his administration across a range of issues.

“We were not expecting this meeting to somehow be a sort of fundamental departure point in where we’re at in the relationship between the United States and China. We were not expecting a breakthrough and there were none,” a senior administration official told reporters in a background call after the conclusion of the summit, which lasted 3.5 hours.

According to the official, the two leaders had an “extended discussion” on Taiwan—a key U.S. ally in the Indo-Pacific, which the Chinese regime sees as part of its territory that needs to be united with the mainland, by force if necessary.