Biden made huge promises to HBCUs. Can he sell its students on compromise?

Education, HBCUs, Joe Biden
Save for Later
From The Left 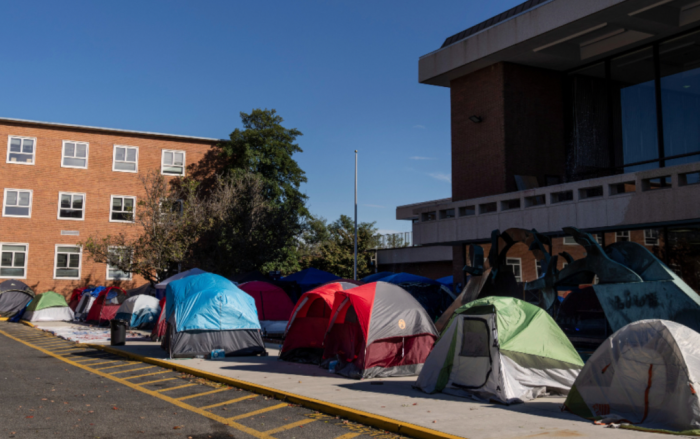 It’s Sunday, just after 11 a.m. and dozens of current and former Howard University students and alumni sit on black folding chairs under a white tent outside the famed Andrew Rankin Memorial Chapel. A choir of more than a dozen stand in front of a crowd singing a gospel song that holds a little extra weight this year.

The help students want is both specific and broad. At its simplest level, they are demanding that the school fix their living conditions. The students say mold, rats and roaches are all over dorms and classrooms on their Washington, D.C. campus. Channing Hill, a 20-year-old junior from Texas, said as a freshman studying late at night, her “study partners were often rats.”

But beyond that, those standing in protest at arguably the most famous historically Black college and university are demanding that the Biden administration, Congress and their most famous alumnus — Vice President Kamala Harris — follow through on a promise.

Funding for the nation’s more than 100 HBCUs is one of many things in the president’s Build Back Better agenda. And from the point of its introduction in the spring, HBCU advocates and students had held out hope that President Joe Biden and Harris would deliver the $45 billion proposed for minority-serving institutions, including HBCUs like Howard.

NEWS
CDC is not communicating with teachers on COVID safety, unions say
Reuters