World, Sudan, Africa
Save for Later
From The Center 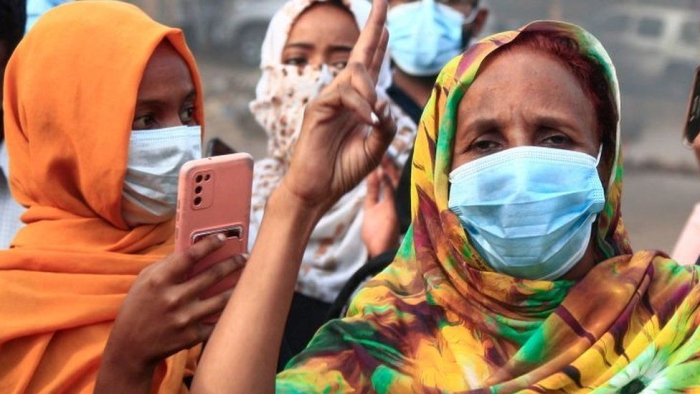 A coup is under way in Sudan, where the military has dissolved civilian rule, arrested political leaders and declared a state of emergency.

Protests have erupted in several cities including the capital Khartoum. Three people are said to have died after being shot by the armed forces.

Military and civilian leaders have been at odds since long-time ruler Omar al-Bashir was overthrown two years ago.

Large numbers of protesters are on the streets of the capital demanding the return of...

News
Over Two-Thirds of South Koreans Back U.S. Alliance, Up From Less Than Half Under Trump
Newsweek

News
Colombia's most wanted drug lord is captured in jungle hideout: Kingpin 'Otoniel' is arrested after raid by more than 500 special forces troops 'in biggest blow to cocaine trafficking since fall of Escobar'
Daily Mail

News
The I.M.F. warns of inflation and a slowing recovery as it lowers its forecast.
New York Times (News)

Opinion
‘Naively ambitious’: How COVAX failed on its promise to vaccinate the world
STAT