Criminal Justice, Florida School Shooting, Violence in America, parkland shooting
Save for Later
From The Center 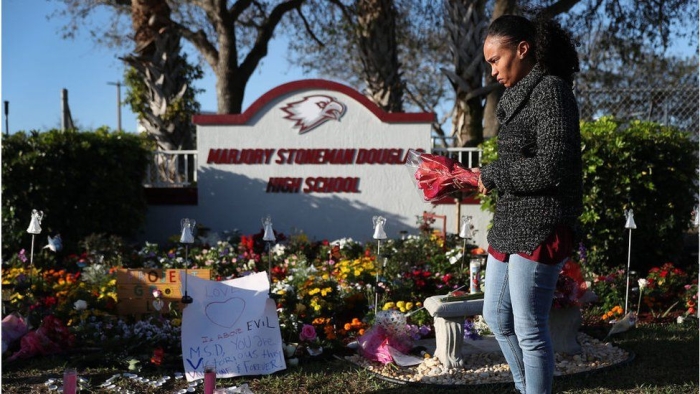 A Florida man has pleaded guilty to murdering 17 people in a 2018 mass shooting at a high school campus in Parkland, Florida.

Nikolas Cruz, 23, also pleaded guilty to 17 counts of attempted murder for those he injured in the attack on Marjory Stoneman Douglas High School.

He faces the possibility of the death penalty or life in prison.

One of the deadliest school shootings in US history, the incident became a rallying cry for gun control activists.

PERSPECTIVES BLOG
When Kyle Rittenhouse Drives Us Even Further Apart

Fact Check
Rittenhouse Testified He Drove Himself to Kenosha Without Weapon
FactCheck.org

News
Rittenhouse Trial
The Flip Side

News
A Union Scandal Landed Hundreds of NYPD Officers on a Secret Watchlist. That Hasn’t Stopped Some From Jeopardizing Cases.
ProPublica

Analysis
He Calls Himself the ‘American Sheriff.’ Whose Law Is He Following?
Politico

News
Do police belong in America's schools?
Yahoo! The 360

News
A Maryland judge died from an 'apparent suicide' before he could be arrested over accusations of using a hidden camera on underage boys, officials say
Insider

News
Cop Was Instructed to Use Music to Disrupt Filming
Vice