Justice Department, FBI, Sexual Misconduct, US Gymnist, Justice
Save for Later
From The Center 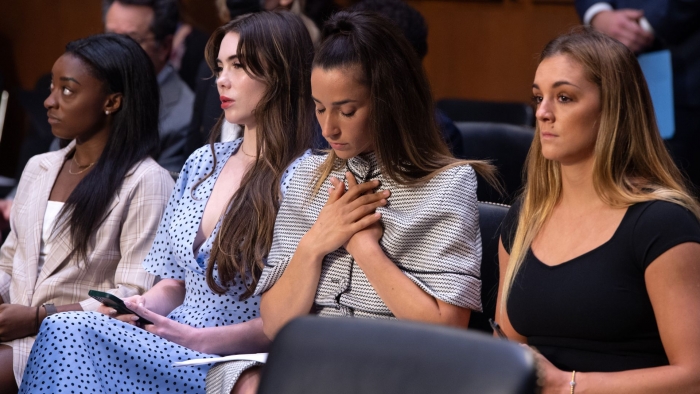 The Justice Department said Tuesday it is reviewing a previous decision not to charge FBI agents accused of mishandling the investigation into disgraced former USA Gymnastics doctor Larry Nassar.

Why it matters: Less than a month ago, FBI director Christopher Wray formally apologized to the U.S. gymnasts abused by Nassar, noting that the FBI's failure to stop Nassar was "inexcusable."

His apology came after four gymnasts — including Olympic gold medalists Aly Raisman, Simone Biles and McKayla Maroney — testified before the committee and detailed how the FBI mishandled their reports.

Here's What We Know About the FTX Collapse
PERSPECTIVES BLOG