bridging divides, bipartisanship, Joe Biden
Save for Later
From The Left 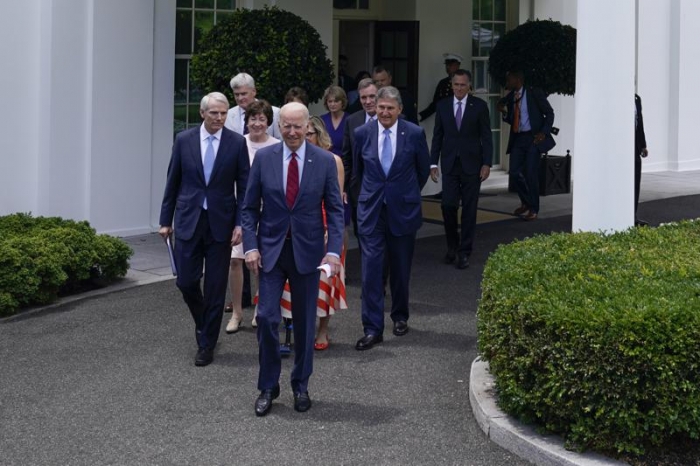 Day after day, as the partisan battle lines hardened on Capitol Hill over President Joe Biden’s domestic agenda, his calls for bipartisanship seemed increasingly out of step.

Senate Majority Leader Mitch McConnell said his goal was to focus “100%” on stopping Biden’s agenda. Progressive Democrats, meanwhile, pushed Biden to use the brute force power of a majority, even the most slender one, to pass legislation without any GOP support.

But on Thursday, it was Biden, the Washington careerist schooled in the ways of compromise, standing in front of the White House, flanked by Democrats and Republicans alike, claiming a bipartisan deal had been struck on a $1.2 trillion infrastructure package.

And, like a dream sequence from another era, senators from both parties dutifully spoke about the virtues of not getting all you want and trying to reach something that has been highly elusive in Washington for more than a decade: consensus.

“It’s been a very long time since the last time our country was able to strike a major bipartisan deal on American infrastructure, which is so badly needed, I might add,” Biden said. “We’ve devoted far too much energy to competing with one another and not nearly enough energy in competing with the rest of the world to win the 21st century.”

Biden had campaigned on his ability to get deals done across the aisle, and Thursday’s announcement was an undeniable victory, one that may give nervous moderate Democrats cover as they likely will be asked to support the rest of the president’s agenda on a party-line basis.