Joe Biden, Education, Religion And Faith
Save for Later
From The Right 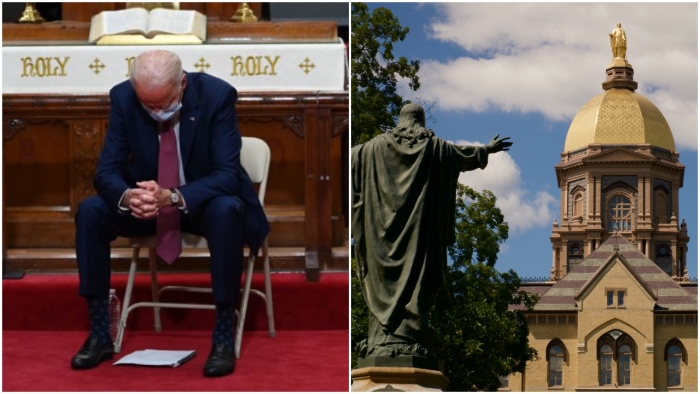 President Joe Biden will break a 20-year tradition of a president or vice president delivering a commencement address at the University of Notre Dame during the first year of a new presidency.

Sources at the White House claimed the school had invited Biden to speak, but said the nation’s second Roman Catholic president is unable to attend because of a scheduling conflict, according to the Catholic News Agency (CNA). Jimmy Dunne, who is a finance executive and trustee of the university, will address the graduates instead.

Read full story
Some content from this outlet may be limited or behind a paywall.
Joe Biden, Education, Religion And Faith

Biden Is on a Roll That Any President Would Relish. Is It a Turning Point?
New York Times (News)

Biden is passing laws - but is he winning hearts?
BBC News