Joe Biden, race and racism, Democratic Party, Politics
Save for Later
Add to My Front Page
From The Right 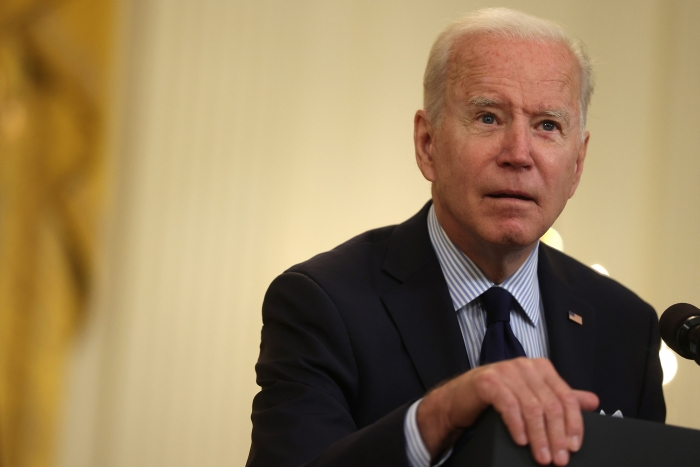 The e-mail was short and nasty. After first calling Sen. Tim Scott “the token Uncle Tom” and the N-word, the writer added: “You knuckle dragging conservatives should be sent to the ovens.”

This is how political disagreement is often expressed today.

The writer, Mildred50, if that’s her real name, was one of many on the left who were infuriated that Scott, a black Republican from South Carolina, had the gall to declare that “America is not a racist country” in his rebuttal to President Biden’s address to Congress.

NEWS
Biden’s Latest Challenge Could Be Insurmountable
The Atlantic

Biden's election has seen "a dramatic shift in America's international image," Pew said, with public opinion rebounding in a dozen key countries since he...

The Biden administration is purchasing 500 million doses of Pfizer's COVID-19 vaccine to donate to the global supply, the White House said...

Biden pitched a bold climate vision. He may be watching it die in Congress.

The Justice Department in a court filing Tuesday said it can “vigorously” defend a religious exemption from federal civil rights law that allows...

Inside Biden and Manchin's Joemance

Civil rights groups can't move him and neither can his colleagues. If anyone can sway Joe Manchin, it might be Joe Biden. Four months after Biden ...

The United States' image abroad has improved dramatically since Joe Biden replaced Donald Trump as president, according to a Pew Research Center survey of 12...

'Unpredictable world': What to expect from Biden's first foreign trip as president

Joe Biden embarked Wednesday on his first foreign trip as president, an eight-day swing across Europe that will give him a chance to shore up frayed...

As he arrived in Europe to rally US allies against Russian hackers and Chinese secrecy on COVID-19’s origins, President Biden said that the...

In the aftermath of Vice President Kamala Harris’s embarrassing trip to Guatemala and Mexico, we need to be clear about what triggered the crisis at the border...

The White House on Thursday formally announced its plan to purchase and donate 500 million doses of the Pfizer-BioNTech vaccine to 92 poorer...

Is Joe Biden the 'Master of Disaster' on Foreign Policy?
ANALYSIS

With Joe Biden set to leave on his first overseas trip, critics say his administration's foreign policy has hurt America's allies and encouraged...

Biden Walks Away from Infrastructure Talks with Capito