Kim Potter, Officer Who Killed Daunte Wright, to Be Charged With Second-Degree Manslaughter

Criminal Justice, Daunte Wright
Save for Later
Add to My Front Page
From The Center 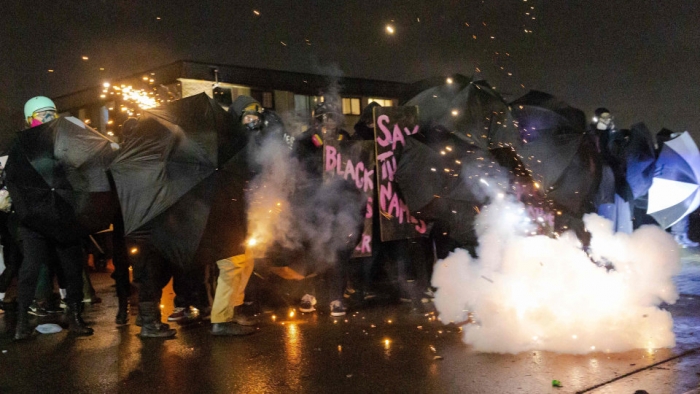 The former officer who killed 20-year-old Daunte Wright was taken into custody and will be charged with second-degree manslaughter, a day after she resigned from the Brooklyn Center police department.

In an email, Washington County Attorney Pete Orput confirmed plans to charge former officer Kim Potter, a 26-year veteran of the police force. He said the charges would be filed later Wednesday.

The charge carries a maximum sentence of 10 years in prison under Minnesota law.

State officials said Ms. Potter would be booked into Hennepin County Jail. She was...

Read full story
Some content from this outlet may be limited or behind a paywall.
Criminal Justice, Daunte Wright

A Minnesota judge has found aggravating factors in Derek Chauvin's murder of George Floyd — a finding that dramatically increases the likelihood of a longer...

Prosecutors unveiled murder charges against the white man accused of shooting and killing eight people, six of whom were Asian women, at Atlanta-area spas,.AP...

Police officers at Breonna Taylor's apartment shouldn't have returned any gunfire because it wasn't safe to do so, a department investigator determined in a...

The Police Dog Who Cried Drugs at Every Traffic Stop
ANALYSIS

A top official within the U.S. Marshals Service reported that 387 missing children—a record high number—were recovered by the agency in 2020.

Convicted ex-officer Derek Chauvin may face a longer sentence after a Minnesota judge ruled there were aggravating factors involved in the death of George...

Baltimore mayor announces that mental health ‘counselors’ — instead of police — will be sent to...

Baltimore Mayor Brandon Scott (D) has announced a new pilot program that will direct some 911 emergency calls to mental health professionals in lieu of...