Transatlantic alliance due for a reset. But what about China?

China, foreign relations, Trade, World
Save for Later
From The Center 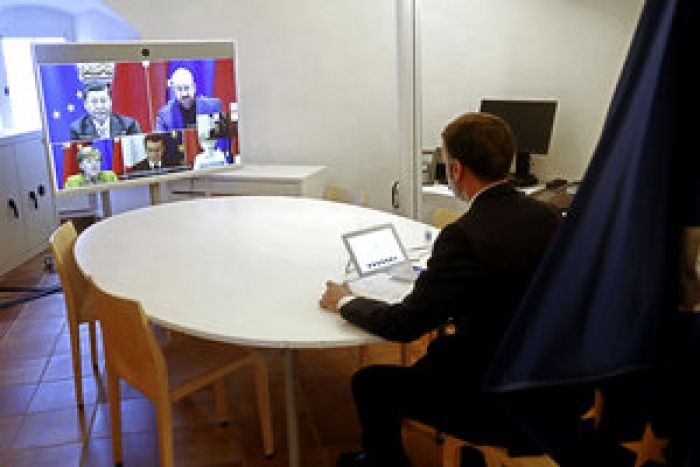 As tweets go, certainly by the standards of the outgoing Trump administration, it was downright benign, the cyber equivalent of a tap on the shoulder. Yet it heralds a key diplomatic challenge that awaits President-elect Joe Biden: forging a united response with America’s allies to the growing ambition and assertiveness of China.

The tweet came from Jake Sullivan, Mr. Biden’s choice for national security adviser. He was reacting to news that the European Union was poised, after nearly seven years of negotiations, to reach agreement in principle on a major new investment deal with Beijing. Mr. Sullivan chose his words carefully, but he left little doubt he hoped the EU would hold off.

“The Biden-Harris administration,” he wrote, “would welcome early consultations with our European partners on our common concerns about China’s economic practices.”

The EU went ahead with its agreement anyway.

The motivations of the two leaders who were key to getting the deal over the line – China’s leader Xi Jinping and German Chancellor Angela Merkel – underscore the delicacy of the foreign policy task facing the new administration. And they suggest that Mr. Biden’s pledge to “bring America back” and repair the post-World War II transatlantic partnership could prove easier said than done.

Mr. Xi’s interests were straightforward. He has made clear his determination to couple increased authority – and authoritarianism – at home with a drive for widened influence abroad.

In that context, the EU agreement represents a diplomatic win for Beijing. It lessens the risk, at least for now, of a coalition forming among the major economies that have accused the Chinese of a range of trade malpractices such as market restraints, intellectual property theft, and unfair subsidies.

So for Mr. Sullivan, the Chinese leader’s enthusiasm for the agreement will have come as no surprise.

Washington’s main concern – and a likely foreign policy focus from early in the new administration – will be the message conveyed by Chancellor Merkel’s decision to go ahead.

Some of it was down to domestic politics. Ms. Merkel, Europe’s most influential leader, is due to retire this year after more than a decade-and-a-half in power. Last summer, she assumed the rotating six-month presidency of the EU, and she was clearly keen to crown that term by securing the long-pending deal with China. Plus, for Germany itself, it gives greater access to the critically important Chinese market for German car manufacturers.

But there were important transatlantic factors as well.

One has been building for some time, gathering pace since former President Barack Obama launched his diplomatic and military “pivot to Asia” and away from Europe. It is the shared sense among many of the EU’s 27 member states – collectively, the world’s third-largest economic force – that they must do more to safeguard their own interests in a world increasingly defined by rivalry between the U.S. and China.

On its own, that probably wouldn’t have caused the EU to shrug aside Mr. Sullivan’s Twitter request. But Europe’s search for what it calls “strategic autonomy” has picked up steam in recent years, driven by the unpredictability, lack of interest, and often outright hostility America’s main European allies feel they’ve suffered at the hands of Donald Trump.

Significantly, defenders of Ms. Merkel’s decision to support the deal cited the fact that not long ago the Trump administration signed a similar agreement with China, and nobody thought of consulting Europe.

Even the German chancellor – born in the old East Germany and a longtime admirer of the United States – worried aloud in 2017 that Europe could no longer “completely depend” on America. Since then, she and French President Emmanuel Macron have championed the idea of a more independent EU voice on the world stage.

The challenge for the Biden administration will be to repair transatlantic trust sufficiently to deploy the U.S. and EU voices in concert.

Europe’s investment deal with China is not due to take effect until at least a year from now. It must still be ratified by the EU’s Parliament, where a number of leading legislators have already expressed opposition, criticizing its vague language on forced labor and free trade unions.

Yet the incoming U.S. administration is less concerned with the terms of the investment agreement than with its diplomatic impact on President-elect Biden’s goal of agreeing on a common approach with America’s allies.

Mr. Biden’s foreign policy team may well find Europeans more reluctant to make such common cause than they were a few years ago.

EU countries do feel genuine relief at the end of Mr. Trump’s administration, and goodwill toward Mr. Biden. They broadly share U.S. views on Chinese trade practices, and have branded China “an economic competitor and a systemic rival,” much as Washington has done.

But the EU’s China strategy also sees Beijing as “a cooperation partner” and “a negotiation partner” in other policy fields. Brussels is hoping that Mr. Biden will back away from the tariff war Mr. Trump has been waging with China, and pursue commercial engagement and even some political cooperation (on issues such as climate change), while maintaining Washington’s opposition to human rights violations and unfair trade practices.

The alternative – a kind of “new cold war” requiring Europe to take sides – is likely to worry EU countries. And it’s only just got over worrying about Mr. Trump.

Read full story
Some content from this outlet may be limited or behind a paywall.
China, foreign relations, Trade, World