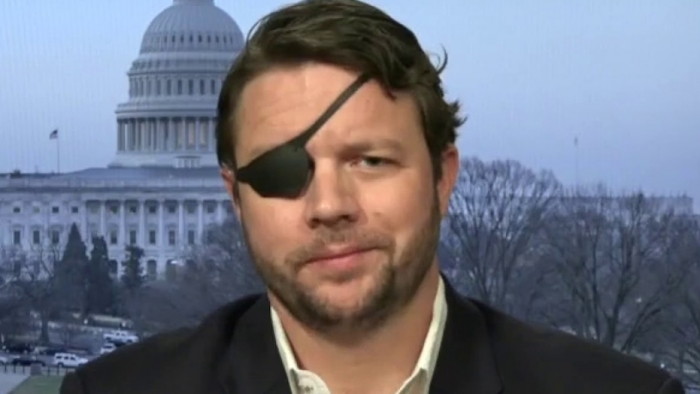 Millions of President Trump's supporters who had the false hope that the election could be overturned by Congress were "lied to," Rep. Dan Crenshaw, R-Texas, told "America's Newsroom" Friday.

The former Navy SEAL slammed a handful of his Republican colleagues for going through "mental gymnastics" to make their argument.

"Your leaders lied to you," Crenshaw told co-host Sandra Smith.

NEWS
With One Move, Congress Could Lift Millions Of Children Out Of Poverty
NPR (Online News)

NEWS
Democrats shift Congress into top speed on Covid aid, but it may still be too slow for many
Politico

Go ad-free! Support AllSides.
About these ads
More news about US Congress
https://www.foxnews.com/politics/rep-crenshaw-slams-congressional-push-overturn-election-deeply-unconstitutional

Senate Democrats plan to give $1,400 checks to fewer people under a deal struck with President Joe Biden, according to two sources familiar with it. Every...

Democrats shift Congress into top speed on Covid aid, but it may still be too slow for many

Democratic leaders are racing to get President Joe Biden’s $1.9 trillion pandemic aid plan through Congress, fulfilling one of his biggest early promises. But...

Biden to take push for COVID relief plan outside Washington

Now that former President Donald Trump’s second impeachment trial is over, President Joe Biden is working this week to shift attention back to his ambitious...

With One Move, Congress Could Lift Millions Of Children Out Of Poverty

The COVID-19 relief bill working its way through Congress is full of big ideas to help people. But there's one idea that's so big, it was politically...

Democrats in standoff over $15 minimum wage

Congressional Democrats are digging in for a fight over raising the minimum wage to $15 per hour as part of a $1.9 trillion coronavirus bill they want to pass...

If history is any guide, President Joe Biden may well have just two years – tops – to get big measures through a narrowly divided Congress. And his agenda is...

President Joe Biden plans to work with Congress to repeal the war authorizations behind U.S. military operations around the world over the past 20 years and to...

Momentum is building among members of Congress to boycott the 2022 Winter Olympics in Beijing. A new House resolution, introduced Wednesday by Reps. Michael...

Democrats are growing concerned over the White House’s plans to overhaul the Trump administration’s policies on immigration. Politico reported that...

House Republicans on Monday called for Speaker Nancy Pelosi to answer “many important questions” about her “responsibility for the security” of the U.S....

Former President Donald Trump on Saturday, after the Senate acquitted him of the impeachment charge against him, teased a return to the political arena in his...