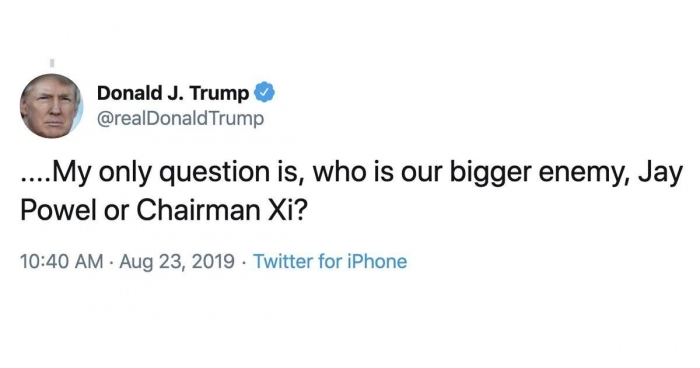 In a tweet misspelling the chairman’s name, Trump, who nominated Powell to chair the central bank in 2017, questioned whether Powell is a greater enemy of America than Chinese President Xi Jinping.

The economy added 4.8 million jobs last month, based on a survey taken mid-month, sending the unemployment rate down to 11.1 percent — a sign of how many...

The nascent restart of America’s economy has begun to stall as a surge in new coronavirus cases dampens consumer and business activity across states like...

By March, when the coronavirus began accelerating through the United States, Shawn Hill-Watkins had been working as a cashier at a Food Lion supermarket in...

The IRS thought it wasn't allowed to withhold stimulus checks from the dead. So it paid more...

The IRS sent stimulus checks to more than 1 million people who had died because it initially believed it did not have the legal authority to withhold them,...

The U.S. economy added 4.8 million jobs in June, according to data released Thursday by the Labor Department, as the gradual easing of coronavirus-related...

More than 1 million deceased Americans received stimulus payments totaling over $1 billion, according to a government watchdog agency in a report released to...

Renewed shopping drove a record 17.7% increase in retail sales in May, though total spending remained below levels before coronavirus. May’s jump in retail...

The economy gained 4.8 million jobs in June, lowering the unemployment rate to 11.1%, the Labor Department said Thursday. June's job gains were a record and...

The Internal Revenue Service sent out 1.1 million stimulus checks to dead people totaling $1.4 billion, according to a new report from a government watchdog...

Here are the factors, and the stocks, that will help you play the COVID-19 market

If we’re currently in the early innings of a bull market, as some analysts think, how should you invest? There are big themes to consider: “work from home...

President Donald Trump on Monday said he supported the idea of giving Americans a second round of financial aid amid the novel coronavirus pandemic. Asked...

The things that we are still spending money on — food, rent, booze and video streaming — are going up in price as the coronavirus pandemic wears on. The things...