Death Penalty, Gun Legislation, Capital Punishment and Death Penalty
Save for Later
From The Right 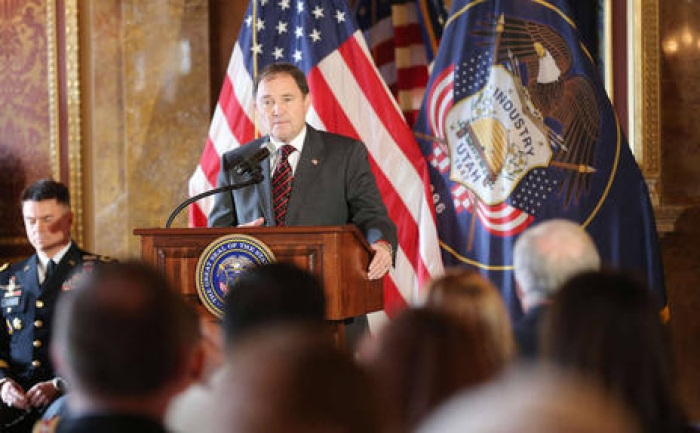 With roughly 490 bills awaiting his consideration, Gov. Gary Herbert indicated Thursday he’s “leaning toward” signing one of the most controversial pieces of legislation passed during the 2015 Utah Legislature.

HB11, which survived narrow votes in the House and Senate, would allow firing squad executions in the absence of lethal injection drugs.

During his monthly news conference, Herbert also discussed the progress of two major disputes that have yet to be resolved — the potential relocation of the Utah State Prison, and the failure to reach a compromise on Medicaid expansion.

Read full story
Some content from this outlet may be limited or behind a paywall.
Death Penalty, Gun Legislation, Capital Punishment and Death Penalty