Obama: We Will Shrink ISIS Into a "Manageable Problem" 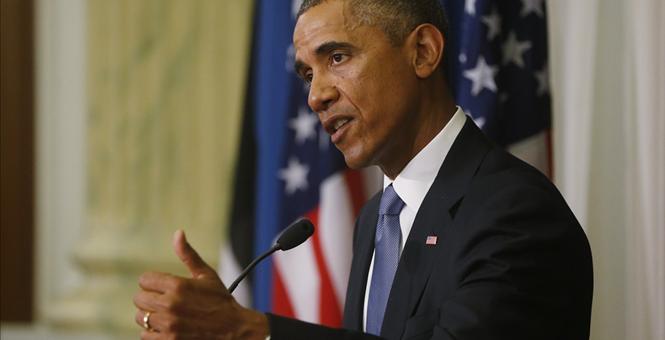 Speaking during a press conference from Eastern Europe early Wednesday morning, President Obama said justice will be served for the beheading of American journalist Steven Sotloff yesterday and that ISIS must be "destroyed." However, shortly after those remarks, Obama said he is working with coalition forces to turn ISIS into a "manageable problem."

AllSides Media Bias Rating: Right
You disagree.
Thank you! Community votes alone don't determine our ratings, but are valuable feedback and can prompt us to do more research.
57399/48048

Baghdad, Iraq (CNN)Twelve people were killed and 230 others injured in protests in Iraq over the past three days, the Independent High Commission for Human...