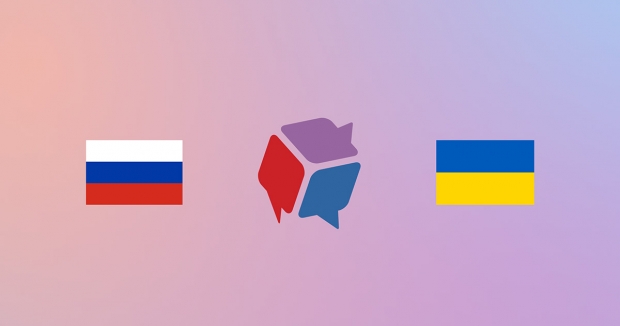 If you’re just tuning in, Russia’s missile strikes and troop movements in Ukraine may seem like a sudden and shocking development. However, the attacks are a culmination of months of rising tensions between Russia and the West.

Here at AllSides, we vigilantly monitor the news cycle for stories that could become important later on. We began covering Russia’s military buildup on Ukraine’s border in early December 2021 through our balanced Headline Roundups, which provide media analysis and headlines from outlets on the left, right and center on top stories.

We continued to track this story as events unfolded and led to Thursday’s attack. For each new development, we provided an overview as well as the left and right perspectives on each story.

See how these events unfolded below:

President Joe Biden held a two-hour video call with Russian President Vladimir Putin on Tuesday, amid growing fears of a Russian invasion of Ukraine this winter.

Jan. 10: US and Russia Begin Talks on Ukraine Security

On Monday, the U.S. and Russia will begin high-stakes security talks in a effort to defuse tensions over a Russian military buildup of over 100,000 troops on its border with Ukraine.

Jan. 16: US Claims Russia Is Planning A ‘False-Flag’ Operation To Justify Ukraine Invasion

U.S. intelligence officials are suggesting that Russian operatives are planning a "false-flag" operation that would allow Moscow to rationalize an invasion of Ukraine.

Jan. 21: Tensions Grow as US, Russia Meet About Ukraine

As key diplomats from the U.S. and Russia meet Friday, fears are growing about a potential Russian invasion or attack on Ukraine.

President Joe Biden said this week that he believes Russia will invade Ukraine as tensions continue to grow between the two nations.

The U.S. State Department has issued a "do not travel" warning for Ukraine as family members of U.S. embassy staff are ordered to leave the country.

With diplomacy stalled, Russia, Ukraine and the U.S. appeared to prepare for potential conflict on Tuesday.

News coverage across the political spectrum is pointing out how Germany isn't joining the U.S. and its European allies in opposition to Russia's military buildup on the Ukrainian border.

Diplomats from Russia, the U.S. and Ukraine had harsh words for each other at a Monday meeting of the United Nations Security Council.

Feb. 2: US Deploys 3,000 Troops to Eastern Europe Amid Russia-Ukraine Tensions

President Joe Biden approved the deployment of 3,000 U.S. troops to Eastern Europe on Wednesday amid fears of a potential Russian invasion of Ukraine.

World leaders held more in-person talks on the Ukraine crisis Monday amid a Russian military build-up along the Ukrainian border.

Feb. 9: How Will the US Respond if Russia Invades Ukraine?

Secretary of State Antony Blinken said Friday that Russia could invade Ukraine “at any time,” including during the Beijing Olympics.

Feb. 14: Russia Signals Openness to Diplomacy Despite US Warning of Potential Invasion This Week

In a televised meeting on Monday, Russian leaders signaled openness to diplomacy despite reports that Russia could invade Ukraine as soon as Wednesday.

President Joe Biden issued an address on the Russia-Ukraine crisis Tuesday amid conflicting reports about Russia's plans to invade the former Soviet territory.

Feb. 17: Biden Says Russia Could Invade Ukraine 'Within the Next Several Days'

President Joe Biden told reporters Thursday that his “sense” was that Russia could invade Ukraine “within the next several days,” adding that while the risk was “very high,” there was still a “clear diplomatic path.”

President Joe Biden told reporters on Friday that he was "convinced" Russian President Vladimir Putin had decided to invade Ukraine.

China and Russia affirmed a deep strategic partnership with "no limits" earlier this month, alarming many voices across the political spectrum.

Feb. 21: Will US, Russia Hold Ukraine Summit as Tensions Mount?

Germany has announced that it is halting certification of the Nord Stream 2 pipeline amid the threat of a Russian invasion of Ukraine.

President Joe Biden announced economic sanctions against Russia on Tuesday, condemning what he said was the beginning of a Russian invasion of Ukraine.

On Wednesday, Ukraine's National Security and Defense Council announced that a 30-day state of emergency will be introduced across all parts of Ukraine under government control.

Feb. 23: Who’s to Blame for Russia’s Aggression Towards Ukraine?

Politicians and commentators in the U.S. and abroad were quick to point fingers after Russian President Vladimir Putin ordered Russian troops into separatist-contested regions of eastern Ukraine.

Russia launched a "special military operation" in Ukraine Thursday, sending Russian troops and tanks flowing into the country as explosions were reported across major Ukrainian cities.

Russia launched a "special military operation" in Ukraine, sending Russian troops flowing into the country as explosions were reported across major Ukrainian cities.

As world leaders rushed to respond to Russia’s invasion of Ukraine on Thursday, President Joe Biden announced a new wave of sanctions against Russia by the U.S. and partners around the world.

Want to stay updated on future developments in the Russia-Ukraine crisis? See how news outlets across the spectrum cover the ongoing story with our daily Headline Roundups. For more, follow us on social media and consider becoming a Sustaining Member!

This piece was reviewed by Julie Mastrine, Director of Marketing and Media Bias Ratings (Lean Right)