As world leaders rushed to respond to Russia’s invasion of Ukraine on Thursday, President Joe Biden announced a new wave of sanctions against Russia by the U.S. and partners around the world.

Biden condemned Russia’s “premeditated attack” and committed more U.S. troops to bolster NATO allies. Ukrainian President Volodymyr Zelensky said Thursday that his country would “not give up its freedom.” Ursula von der Leyen, President of the European Commission, promised new sanctions over Russia’s “barbaric attack.” German Chancellor Olaf Scholz said Thursday was a “terrible day for Ukraine and a dark day for Europe.” U.N. Secretary-General António Guterres highlighted how “civilians, including women and children, always suffer first and suffer most” in wars. Chinese Foreign Ministry spokesperson Hua Chunying rejected calling Russia's actions an “invasion” and labeled the U.S. “the culprit of current tensions surrounding Ukraine”; however, she also called for a peaceful solution and said that “China did not wish to see what happened in Ukraine today.” Indian Prime Minister Narendra Modi reportedly called for an “immediate cessation of violence” and a return to diplomatic talks in a Thursday phone call with Russian President Vladimir Putin. In Russia, police arrested over 1,000 demonstrators as anti-war protests broke out in cities across the country.

Coverage of Russia and Ukraine dominated headlines across the spectrum on Thursday, with most major outlets publishing articles on world leaders’ reactions. 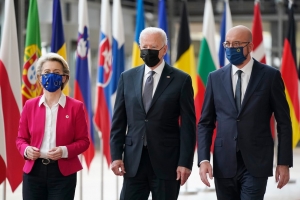 President Biden promised that “the world will hold Russia accountable” for what he described as an “unprovoked and unjustified attack” on Ukraine.

Ukrainian President Volodymyr Zelensky said Thursday that “Russia has vilely attacked us” and that the country was “defending itself and will not give up its freedom, as they think in Moscow. For Ukrainians, their independence and right to live on their own land freely is the highest value.”

Read full story
Some content from this outlet may be limited or behind a paywall.
See full media bias rating for Washington Post
From the Center
314
World
World leaders denounce Russia's "hideous and barbaric" attacks on Ukraine
Axios 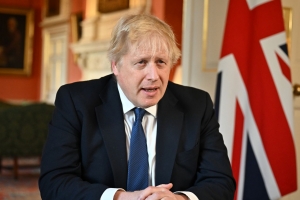 Driving the news: Putin's troops on late Wednesday began moving into Ukraine, with large explosions being reported shortly after Putin announced a "special military operation" in Ukraine. Dozens have reportedly been killed. 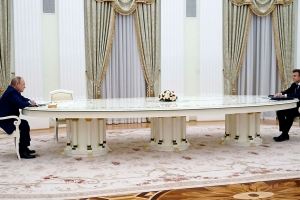 Beijing on Thursday refused to criticize Russia's attack on Ukraine, instead calling for a diplomatic solution. China also approved the importation of Russian wheat, a move that could blunt the effects of sanctions levied on the Kremlin.