Peskov added that “there always are prospects for continuing a dialogue,” and that Russian President Vladimir Putin would respond quickly. The written responses were delivered Wednesday and offered no concessions on Russia’s main demands, which included banning Ukraine from joining NATO. However, the U.S. and NATO reportedly outlined ways to address Russia’s other concerns, which Russian Foreign Minister Sergei Lavrov said could result in “the start of a serious talk on secondary issues.” The Kremlin spokesman, Peskov, issued a similarly-worded statement on Jan. 11 during security talks with the U.S., saying he saw "no significant reason for optimism." 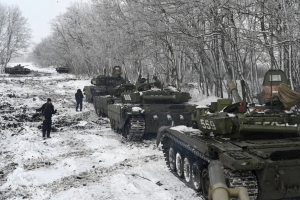 A spokesman for President Vladimir Putin said Thursday there is “little optimism” about ending Russia’s confrontation with United States and NATO over Ukraine after the allies rejected Moscow’s key demands, but he opened the path for further high-level talks.

Dmitry Peskov, the Kremlin spokesman, said Putin has studied the proposals and will respond quickly — raising the prospect of further dialogue, even as more Western military aid arrives in Ukraine amid fears that Russia could attack at any time.

The handover of the U.S. and NATO proposals is an important development in the...

Read full story
Some content from this outlet may be limited or behind a paywall.
See full media bias rating for Washington Post
From the Center
7963
Russia
Russia says US response to demands offered little hope for optimism
The Hill

The Kremlin's spokesperson said on Thursday that the responses to Russia's security demands from the U.S. and NATO amid the Ukraine crisis left "little ground for optimism."

But Dmitry Peskov added that “there always are prospects for continuing a dialogue, it’s in the interests of both us and the Americans,” according to The Associated Press. 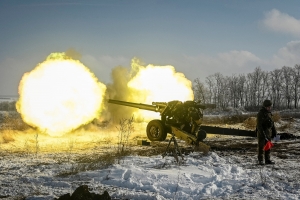 The United States’ rejection of Russia’s key security demand that Ukraine be barred from ever joining NATO leaves “little ground for optimism,” Kremlin spokesman Dimitry Peskov said Thursday before signaling that there is still a chance for diplomacy.

Secretary of State Antony Blinken confirmed Wednesday that the written response had been delivered to Russia’s Ministry of Foreign Affairs and reiterated that the US would stand by its commitment to NATO’s “open door” policy that could allow Ukraine to join the alliance in the future.

“Right now, the document is with them, and the...