US and Russia Begin Talks on Ukraine Security

On Monday, the U.S. and Russia will begin high-stakes security talks in a effort to defuse tensions over a Russian military buildup of over 100,000 troops on its border with Ukraine.

U.S. Secretary of State Antony Blinken is playing down expectations that Russian President Vladimir Putin will defuse the military threat, while U.S. National Security Advisor Jake Sullivan is reportedly being urged by Russian experts in America to send more arms to the Ukrainians. Meanwhile, Putin denies any plans to attack Ukraine, but is demanding that the U.S. and its European allies never allow Ukraine or other former Soviet bloc nations to become members of NATO. 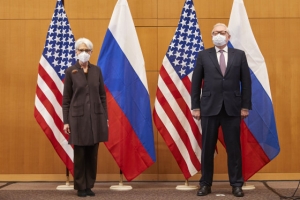 The United States and Russia began high-stakes security talks on Monday, launching a diplomatic effort to defuse soaring tensions over a Russian military buildup on its border with Ukraine.

But a breakthrough appeared unlikely, with Moscow's threats and low expectations from both sides clouding the possibility of an end to fears Russia is planning to invade its neighbor.

Ahead of a flurry of diplomatic activity in Europe this week, Deputy Secretary of State Wendy Sherman was holding face-to face talks with Russian Deputy Foreign Minister Sergei Ryabkov at the U.S. diplomatic mission in Geneva, Switzerland. 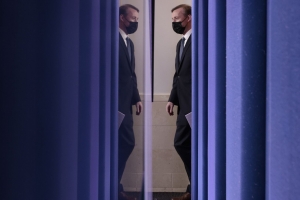 A group of Russia experts urged National Security Adviser Jake Sullivan to send more arms to the Ukrainians when he spoke with them ahead of this week’s high-stakes diplomatic meetings with Russian officials, participants told Axios.

Why it matters: By soliciting advice from the hawkish pockets in the foreign policy establishment, including those who served under former President Trump, the Biden administration is considering all options while weighing how to discourage Russian President Vladimir Putin from invading Ukraine — and punish him if he does.

"It’s always smart to engage with... 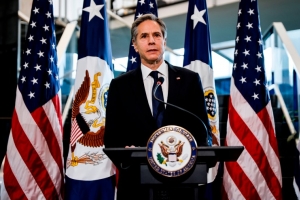 Secretary of State Antony Blinken tamped down expectations for talks between Russia and the US over security guarantees, but said any progress is contingent on President Vladimir Putin defusing the military threat to Ukraine.

“I don’t think we’re going to see any breakthroughs in the coming week,” Blinken said on CNN’s “State of the Union.” “We’re going to be able to put things on the table. Russians will do the same … and we’ll see if there are grounds for moving forward.”

Success of the talks, which begin Monday in Geneva, depend on...