The White House is proposing new legislation that would allow the U.S. to further seize and sell the assets of Russian oligarchs.

The U.S. House of Representatives on Wednesday passed similar legislation, called the Asset Seizure for Ukraine Reconstruction Act. The White House plans to go further by calling for interagency collaboration between the Justice Department, State Department, Treasury Department, and Commerce Department. President Joe Biden plans to elaborate on details of the proposal Thursday at the White House, as the U.S. continues to work to hold the Russian government and Russian oligarchs accountable for Russian President Vladimir Putin's invasion of Ukraine.

Media from the center, right and left all reported that the seized assets would be used to help Ukraine through humanitarian aid and technological support. 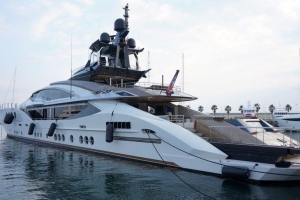 The White House has proposed giving the government greater power to seize and sell the assets of Russian oligarchs, and transfer their proceeds to Ukraine.

The legislative proposal, released on Thursday morning, will be presented to Congress for consideration.

The measures would make it easier for the US to seize and sell oligarchs' assets, and use the funds "to remediate harms of Russian aggression".

Similar legislation was recently passed in the US House of Representatives.

But the new White House plans go further by calling for inter-agency collaboration between the... 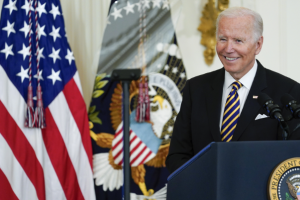 President Biden on Thursday is sending Congress proposals for new legislation allowing the U.S. to further crack down on Russian oligarchs as punishment for Moscow’s bloody invasion of Ukraine, the White House has announced.

The proposed measures, which the White House says were drafted in close coordination with the Treasury, Justice, State and Commerce Departments, will "enhance the United States Government’s authority to hold the Russian government and Russian oligarchs accountable for President Putin’s war against Ukraine."

"This package of proposals will establish new authorities for the forfeiture of property linked to Russian kleptocracy, allow the... 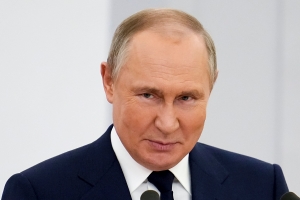 The House of Representatives on Wednesday overwhelmingly passed a bill calling on President Joe Biden to liquidate the seized assets of oligarchs linked to Russian President Vladimir Putin to fund efforts to help the Ukrainian people.

The ’’Asset Seizure for Ukraine Reconstruction Act,” introduced by Rep. Tom Malinowski (D-N.J.) and Rep. Joe Wilson (R-S.C.), was passed 417-8. The measure is symbolic, since it wouldn’t force Biden to do anything.

“It is hard to imagine giving Russia’s wealth back to Putin while Ukraine lies in ruin and Ukrainians are burying their dead,” Malinowski...