China, Xi Jinping, Protests, World, Asia
Save for Later
From The Right 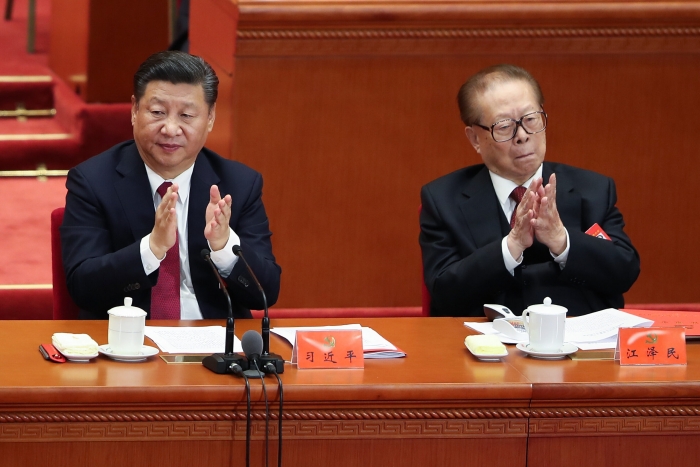 Former Chinese President Jiang Zemin died on Wednesday at the age of 96 as the nation endures mounting economic and social turmoil.

Jiang, who served from 1993 to 2003, succumbed to leukemia and multiple organ failure, according to a report from government-run outlet Xinhua News. A letter addressing the entirety of the Chinese Communist Party, over which Jiang presided as general secretary from 1989 to 2002, announced the news of his death.

Read full story
Some content from this outlet may be limited or behind a paywall.
China, Xi Jinping, Protests, World, Asia

News and Information about China
Go ad-free! Support AllSides.
About these ads
https://www.dailywire.com/news/former-chinese-president-dead-at-96-amid-nationwide-protests

War with China over Taiwan is likely in 2025, warns U.S. General Mike Minihan: ‘I hope I am wrong’
Fortune

News
Covid in China: Officials must share data on its impact, says WHO
BBC News