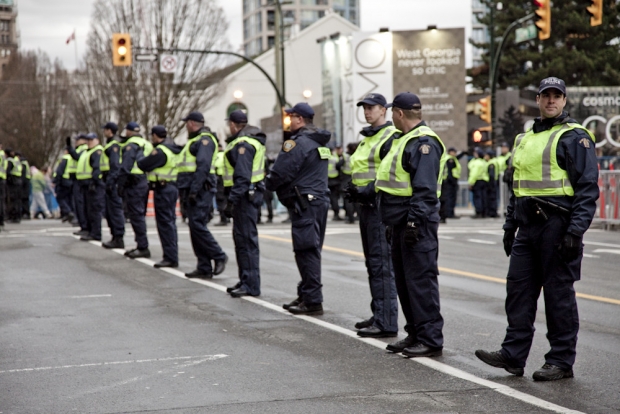 This year’s Democratic National Convention will take place from August 17-20 in Milwaukee (otherwise known as the second best city on Lake Michigan), where former Vice President Joe Biden is expected to be crowned the party’s nominee for president. But weeks before Milwaukee is set to host the festivities, more than 100 Wisconsin police departments have pulled their security forces for the convention, citing concern over a Milwaukee city directive to suspend the use of tear gas and pepper spray.

But not all media outlets covered the news.

According to AllSides’ analysis, few left-rated sources and some center-rated sources published original reporting on the matter. Business Insider and The Hill reported on the story. The Daily Beast (whose coverage was just one paragraph long), Newsweek, Al Jazeera, and Yahoo News were some of the left-rated outlets to offer original reporting on the story. Two of the center-rated sources are quite different: the Associated Press and Just The News. One is a longstanding titan of the industry that feeds contents to thousands of other publications, and the other is very small and lesser known. JustTheNews got roughly 3.9 million page visits in the last six months; the Associated Press got 37.2 million in the same time frame.

Right rated outlets that covered the story include The Daily Mail, The Epoch Times, Fox News and the Police Tribune. An opinion piece published in the Wall Street Journal opinion section, which is rated by AllSides as Lean Right, also mentioned the news. (The Wall Street Journal’s news section is rated center, however.)

We do note however, that some of our rated outlets did choose to repost the Associated Press story. These outlets include the Washington Times, ABC News, Washington Post, New York Times and Chicago Tribune. In addition, many unrated sources reported on the news, including local publications in the Midwest and law enforcement-focused outlets.

We should note that JustTheNews, The Police Tribune, and Al Jazeera are not part of our featured sources list, which is the list of sources we normally assess when doing media bias by omission research.

These examples of omission can potentially exacerbate a problem that AllSides aims to heal: filter bubbles. People in left-rated filter bubbles could be completely unaware of this news. While the DNC has yet to be canceled or rescheduled (or relocated two hours south, to a state where the pandemic is being handled with competence) it would still be in the interest of possible attendees and delegates to know that police presence at the event may be significantly reduced.

This isn’t the first time we have mentioned disparities in media reporting on policing or law enforcement; neither left-rated nor right-rated media is innocent from skewed coverage on the subject matter.

Right-rated outlets likely pushed this story more than their left-rated counterparts because it tackles an issue that is dear to conservative media, backing the blue. This story serves to give police departments and officers something crucial in politics: agency. It also strengthens the narrative of police officers being under attack, which is the basis of movements like “Blue Lives Matter” and “Thin Blue Line.” Fond du Lac Police Chief William Lamb: "We believe [that] removing those tools, the use of chemical irritants or pepper spray, from the available resources that the law enforcement officers would have at their disposal if protests become non peaceful would severely compromise the safety of the public and also the safety of the law enforcement officers who would be assigned to protect the DNC.”

Of course, this news can similarly serve the narrative of defunding the police. Some would argue that if police aren’t willing to keep up their end of contracts based on the tactics available to them, they aren’t fulfilling their obligations to protect and serve, rendering their value as relatively useless. Some could also argue that the best way to reduce police brutality is by chasing the police away, leaving Milwaukee’s goal of reducing police brutality during protests a technical success. Police in this situation acted more like a corporate entity and not like a group of people. It should be noted that Fond du Lac is about 94% white, and worlds away from protests around the murder of George Floyd.

We believe that people should read across the spectrum, so that they can make an informed decision about the world around them. If you have any questions or tips regarding media bias, contact us.

Hirsh Joshi is a former member of the AllSides news team. He has a Left bias.

This piece was reviewed, edited and expanded on by Managing Editor Henry A. Brechter (Center bias), and Julie Mastrine, Director of Marketing (Lean Right bias).

Image Credit: "Police line up"" by Leigh Righton is licensed under CC BY-NC-ND 2.0.