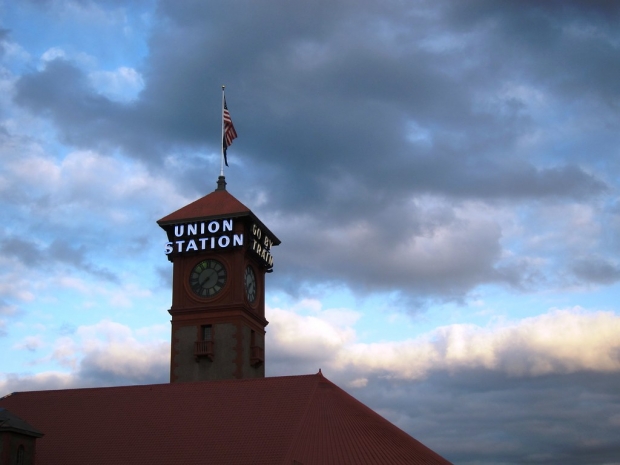 Protests surrounding policing and police brutality in America have recently escalated in Portland. According to President Donald Trump, the protesters are escalating violence, leading Trump and Acting Secretary of the Department of Homeland Security, Chad Wolf, to send federal police to the City of Roses. While some may say that federal officers de-escalated the situation, some of their methods have drawn scrutiny—including reports of protesters being taken off the street in unmarked vans to undisclosed locations, which DHS Deputy Secretary Ken Cuccinelli said was done “to keep both the officers safe and also, when crowds gathered, to move people to a safe location for questioning … out of reach of a mob".

But another story that hasn’t gotten attention from media outlets, especially from right-rated outlets, were witness reports of federal officers damaging medical tents and destroying protesters’ first aid supplies. Some have even gone far enough as to call these allegations a war crime, citing the Geneva Conventions.

NBC News briefly mentioned the claim that federal officers destroyed medical tents; the American Civil Liberties Union (ACLU), USA Today, and Newsweek were other center- and left-rated outlets that reported on the claim.

The ACLU Foundation declared that it filed suit against DHS, Portland, and the US Marshals Service for allegedly attacking volunteer medics at protests. USA Today’s in-depth look into Portland protests mentioned the lawsuit; Axios, The Hill, and Common Dreams mentioned either the claim medics were attacked, the lawsuit, or both.

One fact check outlet, Truth or Fiction, reviewed the claims of pepper spraying being a war crime according to the Geneva Conventions and rated them as true. Some have refuted this claim, arguing that Geneva Convention rule 28 is only applicable when international entities are concerned. In other words, those few think that the actions of DHS are legal when applied to US citizens, but illegal when applied to other countries’ nationals.

No right-rated outlets offered original reporting on this specific lawsuit and set of accusations. Breitbart did republish a wire service story on the lawsuit. One right-rated source, the Washington Times, published a story about some conservatives and libertarians opposing government suppression of local protests. Some right-rated outlets, including Reason Magazine, PJ Media and Newsmax, mentioned a separate ACLU lawsuit that seeks to prevent federal agents from attempting to disperse journalists and “legal observers” in Portland. No other right-rated source mentioned the purported violence against volunteer medics, or the new ACLU lawsuit against government agencies.

Some right-rated outlets mimicked President Trump’s rhetoric, demonizing protesters and justifying actions taken against protesters at large (though they did not defend the claim of attacks on medics specifically). Ironically, the two groups mentioned in the Washington Times article, conservatives and libertarians, are generally known for ‘protecting’ the First and Second Amendments, yet have been uncharacteristically silent on the issue of medical supplies being pepper sprayed.

It should be noted that NBC News and the ACLU did not cite their sources. This illustrates bias by omission of source attribution. By not including their sources, both outlets do not allow for their reporting to be questioned or verified. However, the ACLU’s omission is understandable, given that they’re engaged in ongoing litigation and might wish to protect some witnesses. This method is usually done when retaliation is feared, so we cannot truly hold this omission against them.

Some may say that these protesters are violent anarchists, anti-government radicals, and just all around bad mamajamas. These same people would be aghast to learn how this country started its revolution for independence. Some may also say that the protesters themselves staged the pepper spraying of medical supplies. These protesters must be really good at multitasking if they were destroying their own medical supplies while getting tear gassed and pepper sprayed themselves during their fight for equality and justice. While some may say that more force is needed to stop ‘violent’ protesters, privately, some Feds believe that their presence escalated violence. Even former DHS Secretary Tom Ridge was critical of DHS being in Portland, calling it not consistent" with the Department of Homeland Security's mission.

But a large problem is evident: those in right-leaning filter bubbles might be unaware of these alleged war crimes happening right here in their own country. If actions similar to war crimes were purportedly happening to my own countrymen, I’d rather be in the know than not. And I wouldn’t care that much to ask which government was performing them, as it would be largely irrelevant.

If medical supplies for protesters were truly destroyed intentionally, tyranny would have shown its ugly face where it is not welcome. And while the technicalities of rule 28 might rescue President Trump and DHS Secretary Chad Wolf from criminal prosecution in theory, such a technicality would hardly rescue the alleged action itself.

When only one side of the media reports something, it puts readers in a tough spot. To beat the bias, do your best to seek out multiple viewpoints and uncover any sides of the story you may be missing. If you have feedback or a tip, email us at admin@allsides.com.

Image Credit (Union Station in Portland, Oregon): "IMG_2269" by satanoid is licensed under CC BY 2.0.