Elon Musk, the world's richest person, has offered to buy Twitter in cash.

Musk offered to buy Twitter for $54.20 a share in cash, or about $43 billion, according to filings with the Securities and Exchange Commission. Musk confirmed the move with a tweet, and wrote a letter to Twitter's chairman saying that Twitter "needs to be transformed as a private company" and has the "potential to be the platform for free speech around the globe." He added that his "offer is my best and final offer and if it is not accepted, I would need to reconsider my position as a shareholder."

Musk became Twitter's largest shareholder last week, and looked to be on track to join the company's board before rejecting the offer. Musk has been critical of Twitter's moves in recent years to censor content it deems to be false, misleading or hateful.

Musk's moves on Twitter have sparked a range of reactions and speculation about how his involvement could shape the platform's future and the state of free speech online. Coverage from left-rated outlets often framed Twitter's moves to restrict some content as being aimed at combatting misinformation and incitements of violence. Reports from right-rated sources typically painted those moves as leading to unjust censorship of conservative viewpoints; some also highlighted opposition to Musk from some Twitter employees. 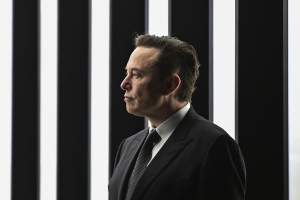 Elon Musk has launched a $41 billion bid to buy Twitter, saying the proposed deal is part of his plan to bring “free speech around the globe” just days after rejecting a seat on the social media company’s board.

Musk’s offer price of $54.20 per share, which was disclosed in a regulatory filing on Thursday, represents a 38% premium to Twitter’s April 1 close, the last trading day before the Tesla CEO’s more than 9% stake in the company was made public. 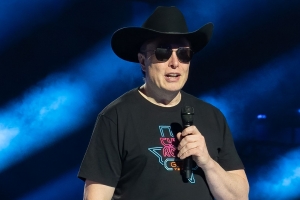 Elon Musk offered to buy Twitter for $54.20 a share in cash, or about $43 billion, according to documents filed with the Securities and Exchange Commission Wednesday.

Why it matters: The move, which Musk called his "best and final offer," comes after the billionaire has repeatedly criticized Twitter, disclosed a 9.2% stake in the social media company and backed out of joining its board of directors.

What they're saying: "As I indicated this weekend, I believe that the company should be private to go through the changes that need to be made," Musk... 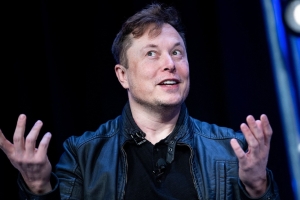 One of the world's richest men delivered a letter to the company with a proposal to acquire all outstanding shares of Twitter for $54.20 each, according to a filing with the Securities and Exchange Commission published Thursday.

The letter, delivered Wednesday, amounts to an offer to take Twitter private, a move that would give Musk greater control of the company. The offer values Twitter at more than $40 billion.

"I invested in Twitter as I believe in its potential to be the platform for free...

It Begins: Heads Start To Roll At Twitter As Two Top Leaders At Company Out
The Daily Wire