This week, bans on abortions in Florida and Mississippi will likely take effect despite attempts in state courts seeking to block the laws.

In Florida, a state ban on abortions after 15 weeks of pregnancy was restored after a temporary halt.  A judge had previously ruled that the ban violated privacy protections in Florida's constitution. In Mississippi, a judge denied a request from Jackson Women's Health Organization, the only abortion clinic in the state, which sought to temporarily block Mississippi's "trigger law" banning nearly all abortions.  This is the same clinic at the center of the case that resulted in the overturning of Roe v. Wade by the Supreme Court on June 24.  Elsewhere, Kentucky's Supreme Court denied the state Attorney General's request for their abortion ban to take effect.

News sources across the political spectrum, especially on left and center-rated sources, continue to focus on the fallout from the Supreme Court's decision. 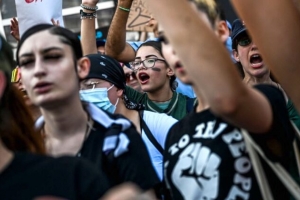 Bans on abortions in Mississippi and Florida are taking effect this week in spite of efforts in the courts seeking to block the laws.

The news comes amid continuing legal battles in multiple U.S. states over abortion following the U.S. Supreme Court decision on June 24 that overturned Roe v. Wade and sent regulation of the procedure back to the states.

The 1973 landmark Roe decision had largely enabled abortions to be carried out for up to 24 weeks of pregnancy across the country for almost five decades.

In Mississippi, the state’s legislature had in 2007 passed a trigger...

Read full story
Some content from this outlet may be limited or behind a paywall.
See full media bias rating for The Epoch Times
From the Left
280
Abortion
Florida restores state abortion ban beyond 15 weeks after temporary halt
The Guardian 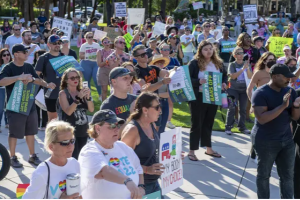 After a judge in Florida temporarily halted a state law banning abortions beyond 15 weeks of pregnancy, a state appeal restored the ban on Tuesday.

Judge John C Cooper of an appellate court in Florida’s capital of Tallahassee ruled that the ban in question – enshrined in a bill that Republican lawmakers approved in April – violates privacy protections in the state constitution.

Cooper’s decision temporarily halted the ban, though it had no effect on a ban prohibiting abortions beyond 24 weeks of pregnancy. But the state’s appeal automatically ensured a stay on... 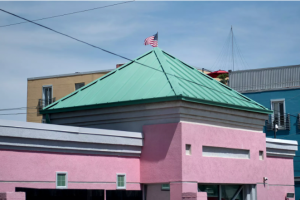 A judge in Mississippi on Tuesday denied a request from the providers asking to temporarily block the state's "trigger law" banning nearly all abortions, which is set to take effect on Thursday.

It is the same clinic at the center of the case that resulted in the Supreme Court overturning Roe v. Wade.