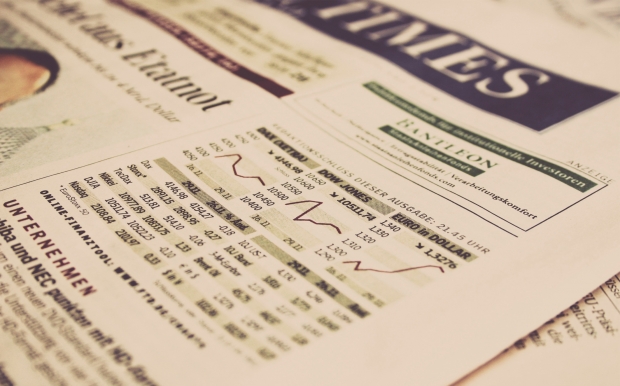 The Bureau of Economic Analysis released its quarterly report on gross domestic product Thursday morning, and media bias was apparent in the reports.

All media outlets agreed the U.S. economy grew by 2.9 percent in 2018, yet reporters from the Left and Right painted the numbers differently depending on their bias.

Both sides of the political aisle noted that the 2.9 percent figure fell just short of Trump’s goal of 3 percent, but the degree to which they emphasized this as a good or bad thing varied.

The Los Angeles Times, with a Lean Left media bias, chose to strongly emphasize the shortcoming in its headline: “U.S. economy’s growth falls short of Trump’s 3% goal for 2018.”

Some Left Leaning outlets, including MSNBC and The New York Times, chose to emphasize that the economy was slowing down — referring to the fact that 2.9 percent gross domestic product (GDP) growth in the fourth quarter of 2018 is slower compared to the 3.4 percent growth rate seen in the period of July through September, and the 4.2 percent growth rate seen April through June. We can see this in MSNBC's choice of headline: “Economic growth slowed in the closing months of 2018." The New York Times took on a similar tone, referring to a “significant slowdown” and running the lede, “The American economy slowed at the end of 2018 — and there could be a further slowdown to come.”

In contrast to other Left-Leaning media outlets, CBS (Lean Left bias) was optimistic, running the headline, “U.S. economy grew last year at its fastest rate since 2015.”

Right-leaning outlets were also optimistic about the news. The Washington Examiner, with a Lean Right AllSides media bias rating, ran the headline: “Economy grew by 2.9 percent in 2018, just short of Trump's goal.” The outlet made sure to emphasize that when comparing the fourth quarter of 2018 to the fourth quarter of 2017, the economy grew 3.1 percent — actually surpassing Trump’s goal.

Others on the Right made sure to note that the economy grew faster than many economists expected, with NewsMax (Right media bias rating) noting economists surveyed by Bloomberg (Center media bias) estimated a 2.2 percent growth rate. Breitbart, which also has a Right media bias rating, ran the headline, “U.S. Economy Grew Much Faster Than Expected in the Fourth Quarter,” and noted that the Atlanta Fed’s GDPNOW model had predicted just 1.8 percent growth.

Notably, a few Left-Leaning outlets did not carry this news at all as of the time of this writing, including Huffington Post and Vox (both have a Left media bias rating). MSNBC, another Left source, buried the news by not including it on its homepage.

Media bias can be determined by what the news source chooses to emphasize, how it frames facts, what facts it chooses to omit, how prominently it displays certain stories, and whether or not it chooses to cover certain stories at all. The 2018 economic report offered a fascinating example of how media outlets frame the same information very differently, depending on their view.