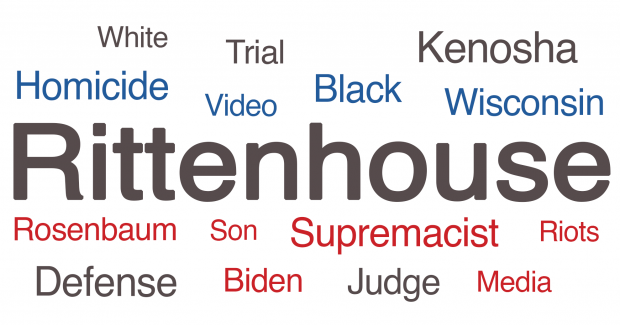 Words used in Left- and Right-rated outlets in coverage of the Rittenhouse Trial. Not to scale.

Kyle Rittenhouse, the teenager charged with the murder of two people and injury of another with an AR-15 rifle in Kenosha, Wisconsin last year, has been in the media’s spotlight this week as America watches the trial take place.

Right- and Left-rated outlets are covering the trial and how the incident unfolded differently.

We found that news outlets highlighted the same keywords in their coverage: Rittenhouse, Judge, Trial, and Kenosha were prominent in most coverage.

News coverage also varied between outlets. Through our analysis, we found that outlets on the left were much more likely to use the words "Homicide", "Wisconsin", "Video" (most often referring to enhancing video footage in the courtroom), and "Black" (Dr. John Black is a use-of-force expert who testified) in their coverage. Outlets rated on the right were much more likely to use the words "Son" (referring to Wendy Rittenhouse, the mother of Kyle Rittenhouse), "Biden" (generally pointing to the President's former campaign advertisements which linked Rittenhouse to violence), "Riots", "Media", "Supremacist" (generally refuting narratives that Rittenhouse is a white supremacist or terrorist), and "Rosenbaum" (the name of one of the men Rittenhouse killed who spent time in jail for child molestation).

We also found that Lean Right- and Right-rated outlets were slightly more likely to mention the prosecutor – Thomas Binger – by name.

A majority of right-rated outlets mentioned President Biden by name in their coverage, over two dozen times. Only one left-rated outlet, HuffPost (Left), mentioned the current president by name. 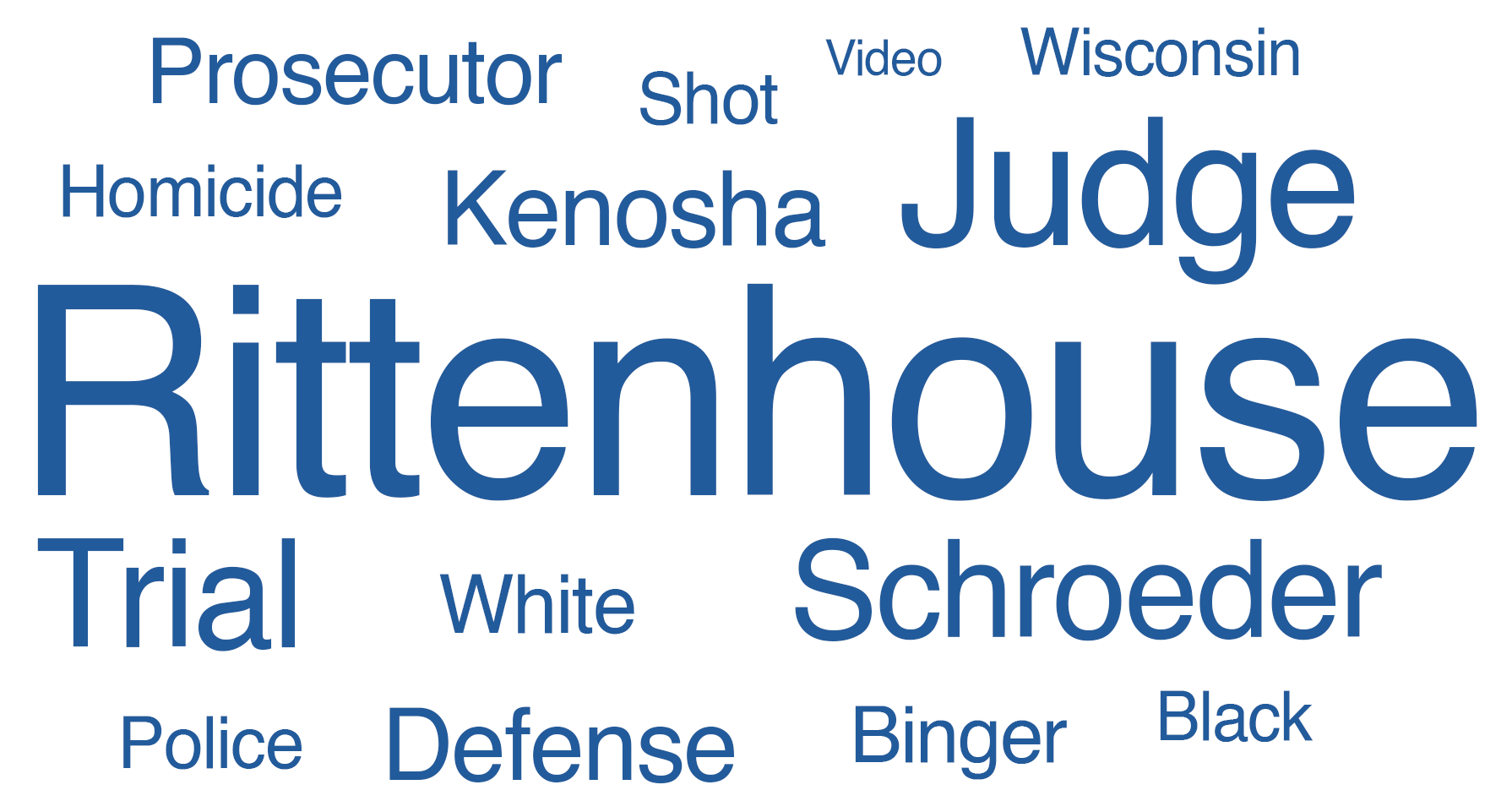 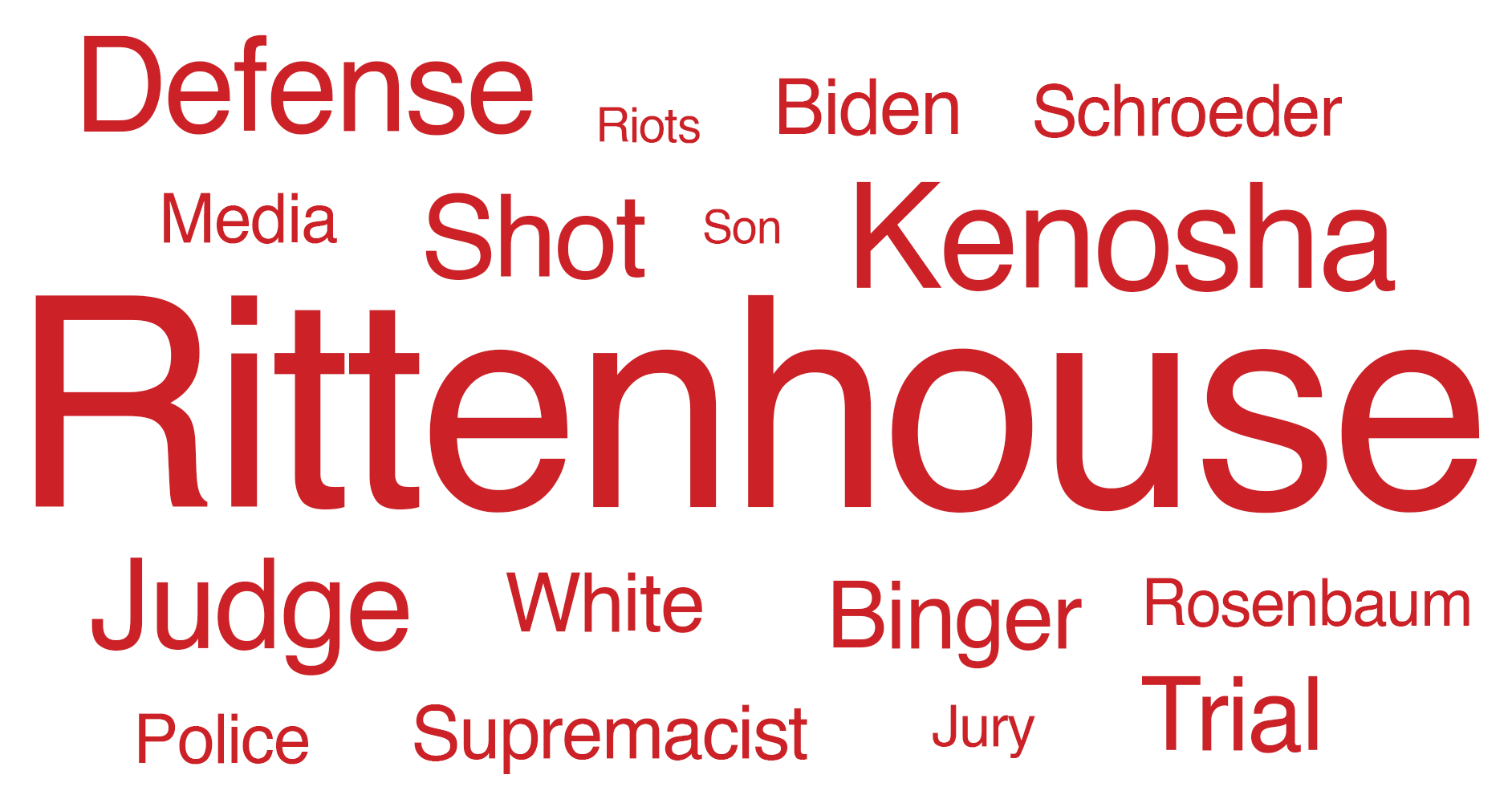 Each story analyzed was selected as the most prominent story on November 12th at 8am ET with the name "Rittenhouse" in the title on each respective website's homepage. Stories with less than 125 words were excluded.

The number of times a word was collectively used among outlets on each side was normalized. In other words, they were assigned a value between 0 and 1, with 1 being the most popular word used throughout. Only words used 15 times or more in each set of outlets are shown in this analysis. The value assigned is associated with the size of the word in the Left-Rated and Right-Rated word clouds.

Andrew Weinzierl is AllSides' data journalist. He has a Lean Left bias.