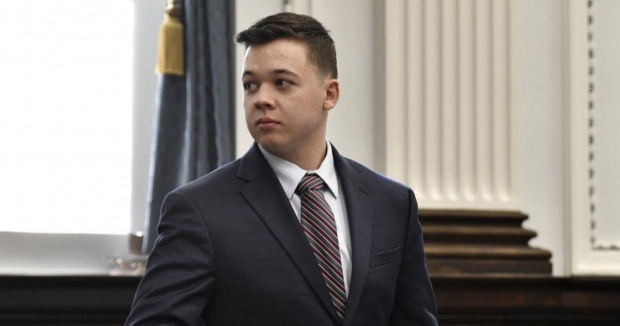 The high-profile trial of Kyle Rittenhouse, an 18-year old accused of murder amid protests and violence in Kenosha, WI last summer, took over the national media this week — and led to clear examples of media bias in the process.

In August 2020, three months after the murder of George Floyd, a black man named Jacob Blake was shot several times by a white police officer who was answering a call about a domestic incident in Kenosha, Wisconsin. Blake had a knife and was wanted on a felony warrant.

A then-17 year old Rittenhouse, who lives 30 minutes away in Illinois, heard about violence and destruction in the city, and, according to his testimony this week, decided to go to Kenosha, where his father and other family members live, armed with an AR-15 and medical supplies to defend businesses and help wounded people.

In the chaos, Rittenhouse shot and killed two men and wounded a third. The events are well-documented by video, and we wrote about them (and the biased news coverage of them) extensively last summer. Rittenhouse is charged with five felonies, including two counts of homicide and one count of attempted homicide, as well as a misdemeanor for illegal gun possession. He pleaded not guilty to all charges.

Now 18, Rittenhouse is standing trial in Kenosha County, Wisconsin. The emotional past few days of his trial have been covered heavily by media across the spectrum, but the narratives often differ.

How This Shows Media Bias — And Differing Narratives on Rittenhouse

In general, the left and right are focusing on different aspects of the events in order to underscore their differing narratives about Rittenhouse, and their perspectives of him either as a hero or a criminal.

Many conservatives and others, such as Democrat Tulsi Gabbard, argue that Rittenhouse was protecting people, and only felt called to go to Kenosha because law enforcement there was not adequately protecting civilians and businesses from rioters and arsonists. Many on the left, such as MSNBC legal analyst Maya Wiley and others, argue that Rittenhouse had no good reason to cross state lines and illegally posess a firearm and was putting people in danger. (The gun itself did not cross state lines; it was "purchased, stored and used in Wisconsin," according to the Lake County Illinois State's Attorney's Office.)

Some would argue that left-rated media and journalists employed their framing to enforce a range of narratives: young white males are being brainwashed into attacking legitimate social justice movements; gun violence and assault-style weapons are too available; or systemic racism runs rampant.

Others would contend that right-rated media and journalists used their framing to enforce opposing narratives: good Americans trying to defend their country are being vilified; gun rights, gun owners, and the right to self-defense are under attack; or the woke mob’s infiltration of the justice system leads to wrongful persecution.

Don’t get fooled by this kind of media manipulation. Use our balanced newsfeed to see the differences in coverage of major stories each day, and get the tools to decide for yourself what you think about the issues.