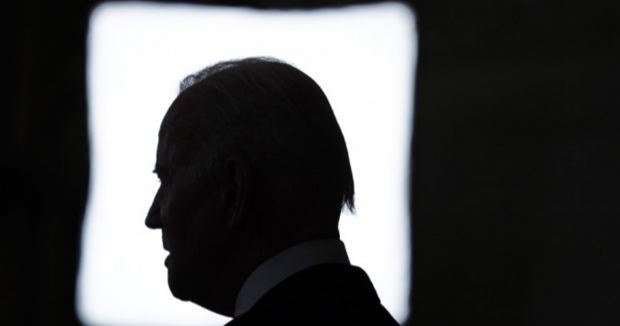 One year into the Joe Biden presidency, news media across the spectrum reflected on the successes and failures of his first 365 days, and speculated about the road ahead.

Several major polls reported this week that Biden's approval rating is at its lowest point of his presidency. Many Biden administration initiatives, such as the Build Back Better economic plan and push for voting reform, stalled due in part to dissent from moderate Democrats and a failure to win over Republicans.

Congress passed major COVID-19 stimulus legislation and other relief measures early on in Biden's presidency, but as new COVID-19 cases and hospitalizations in the U.S. remain high, his pandemic strategy is under new scrutiny. In a wide-ranging speech that lasted nearly two hours on Wednesday, Biden said he "didn’t overpromise" in his first year, but instead made "enormous progress."

Left- and right-rated voices both addressed Biden's failures, and many were critical of his first year regardless of bias rating. But some differences in framing persisted. Left-rated voices sometimes said Biden's shortcomings were more a product of congressional ineffectiveness and forces outside his control. Right-rated voices often highlight the lack of effort towards bipartisanship, the violent Afghanistan withdrawal and chaotic fallout, the southern border crisis, high inflation and falling approval ratings as major marks against Biden.

"Biden and his aides received intense scrutiny in the fall after they clung to a line that claimed the president's spending plans would cost zero dollars — even after multiple analyses found that was not the case. Biden seemingly recycled that line during his press conference Wednesday when he claimed more than once that his proposals would not add to the deficit."

"Of all the many unbidden iniquities that have dogged President Biden since he took office, perhaps the most unjust of all is that bad things keep happening to the man after he has done something stupid. The phenomenon has been near Newtonian in its consistency."

"...as Biden begins his second year as president, majorities of Americans give him low marks for uniting the country, being competent and having the ability to handle a crisis, according to results from a new national NBC News poll. What's more, 6 in 10 disapprove of Biden's handling of the economy, while more than half give him a thumbs-down on dealing with the coronavirus pandemic."

The media wants to paint Joe Biden as a failure. He won’t let that happen.
Jennifer Rubin (opinion)

"[Biden's speech] was determinedly upbeat, ready to defend a productive first year and more pointed than he has been in dealing with Republican extremism. The press corps, by contrast, revealed once more that they put more emphasis on sounding tough, asking unanswerable questions and creating conflict than they do on exploring some of the gravest problems our country has ever faced. Our democracy deserves better."

"Compared with other recent presidents, only Donald Trump has had a more disappointing first year - his approval rating fell from 45% on his inauguration day to 35% a year later... Mr Biden's former boss, Barack Obama, began at a high of nearly 70% when he took office and ended close to 50% a year later. George W Bush began his first term in a similar position to Mr Biden, with approval around 60%, but that rose to nearly 90% after 9/11."

"Democratic defeat in the 2022 elections could force Biden into a more sustainable ideological position, much as President Bill Clinton “triangulated” after Republicans swept into control of the House in 1994. The difficulty, however, is precisely how far left the party has shifted in the nearly three decades since then. You can’t pivot to a centrist strategy without personnel — donors, activists and candidates — willing to execute it."