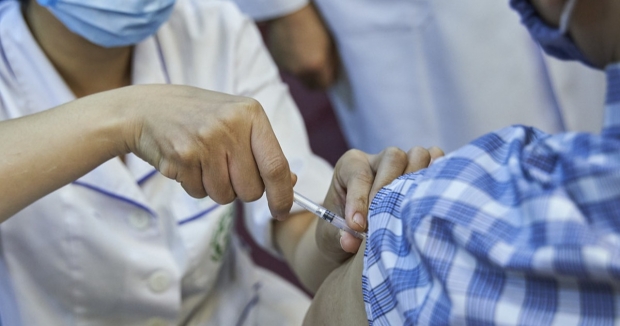 “What percentage of Republicans are vaccinated?” I’ve been asking my well-informed, liberal friends. Their guesses range from the 40’s to the 50’s, but they confess that they’re really not sure. The one thing they know, though, is that it’s a lot less than the percentage of vaccinated Democrats.

They’re not wrong about that. There is a considerable partisan gap in vaccination rates with 90% of Democrats having received at least one dose compared to 61% of Republicans as of late October 2021. But there’s a truth that seems to be eluding public consciousness, which is that a majority of Republicans are at least partially vaccinated.

This partisan disparity in vaccination rates has received ample coverage in the New York Times (Lean Left bias), The Guardian (Lean Left), CNN (Left), and The Washington Post (Lean Left). The Kaiser Family Foundation’s November 2021 report on the role of partisanship in predicting vaccination status recognized that, “it is important to note that a majority (59%) of this group (Republican and Republican-leaners) does report receiving at least one dose of a COVID-19 vaccine.” Nonetheless, this fact is buried in a report that focuses on partisan differences, and the news outlets that reported on the study’s findings followed suit. The only mainstream publication that seems to have emphasized the fact that a majority of Republicans are vaccinated was U.S. News and World Report (Lean Left), which covered the statistic back in September, when the threshold was crossed.

So why does it matter if news outlets and public narratives focus on differences between Republicans and Democrats in terms of vaccination rates?

Indeed, their statistics are accurate and offer some insight about the factors that are playing into public health behavior. I’m not arguing that we should ignore variables that contribute to vaccination rates. Rather, I think it is imperative that we also highlight that most Republicans are vaccinated. Perceptions of vaccination rates can play a role in individual intent to get vaccinated, and they can offer a more accurate view of commonalities that we can build on collectively to be more effective in our vaccination efforts.

Decades of research on college student alcohol use demonstrates the role of perceived norms on actual behavior, especially in a context of strong group affiliation. When college students believe high levels of alcohol use are the norm among their peers, they are more likely to engage in these behaviors. In other words, if college students think their friends drink a lot, they are more likely to drink a lot, as well. Affiliation with a group identity, perceptions of what others in the group believe to be appropriate behavior, and expectations of benefits also play a role in health behaviors. Thus, it’s accurate to think that public statements by prominent conservatives and information about risks and benefits of vaccines will play a role in Republicans’ vaccine uptake, but we’re not using all of the resources at our disposal if we don’t also highlight that it is normative for Republicans to get vaccinated.

According to the CDC, over 86% of adults in the U.S. have received at least one dose of the vaccine, with 73% fully vaccinated, and 41% boosted, as well. In other words, less than 14% of the adult population hasn’t received any vaccine, whereas nearly 50% are willing to get a shot but haven’t completed the full course of vaccinations plus booster. Clearly, the vast majority of the U.S. is not opposed to getting vaccinated. We will likely be more effective in protecting our country from COVID if we focus on fully vaccinating the willing rather than stoking the flames of partisan divisiveness.

I hear people fuming about how Trump politicized vaccines early in the pandemic. Again, they’re not wrong about that, but the focus on a narrative about unvaccinated Republicans continues this politicization rather than combatting it with facts that may serve to further narrow the gap.

Tania Israel is a Professor of Counseling Psychology at the University of California, Santa Barbara and award-winning author of Beyond Your Bubble: How to Connect Across the Political Divide, Skills and Strategies for Conversations That Work (APA, 2020). She has a Left bias.