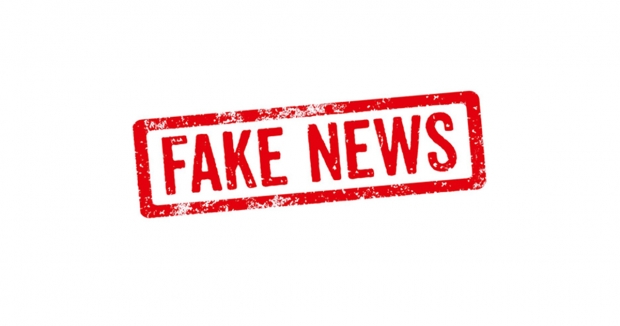 President Donald Trump famously told a CNN reporter, “You’re fake news” in January 2017. Fake news is now a term that has been used countless times by the media, political leaders, commentators and everyday people. In particular, CNN has been at the center of fake news accusations, whether they have merit or not. And in 2022, new leadership at CNN decided to move the source toward producing more nonpartisan content.

People from all sides of the political spectrum believe fake news is bad for the health of democracy. So, is CNN fake news? Does the network lack credibility? What even is fake news, and how can we spot it? How is fake news related to media bias?

In this post, we'll go over the different types of fake news. At the end, we invite you to take the AllSides poll to indicate whether you think CNN is fake news.

People use the term “fake news” in very different ways. Overall, fake news can be defined as journalism or information that either deliberately or unintentionally misleads people and distorts reality by spreading false or uncredible information, hoaxes, propaganda, or misrepresentation of facts. Fake news can be used as propaganda, as a marketing tactic, or as a way to drum up revenue by enticing people to engage with content online.

There are multiple different ways fake news can manifest — and very different ways people use the term. Check out the four different types of fake news and some examples below — and yes, some involve CNN publishing fake news.

The Four Types of Fake News

This could be thought of as the “technical definition” of fake news: completely untrue, false, or made up information. It is often presented in order to persuade, manipulate or influence people.

Examples: During the 2016 U.S. presidential election, the false story, “Pope Francis shocks world, endorses Donald Trump for president” was published by a site called WTOE 5 News. The story was engaged with on Facebook nearly a million times. WTOE 5 has since been shut down, but had a disclaimer on its homepage reading, “most articles on wt0e5news.com are satire or pure fantasy.” Some might say this didn’t start out as fake news because it was obviously written to be satire, but it became fake news when it was spread as actual news.

On June 22, 2017, CNN reported that Trump aide Anthony Scaramucci was involved with the Russian Direct Investment Fund, under Senate investigation. He was not, and CNN retracted the story. Three reporters who published it resigned. The Intercept (Left media bias) identified multiple other instances where CNN published fake news fitting this definition.

This form of fake news occurs when true information is misrepresented, misused or misapplied in order to paint a false picture of reality.

Example: In May 2018, some progressive activists, journalists, and former Obama speechwriter Jon Favreau criticized the Trump administration’s treatment of unaccompanied children at the U.S. border with Mexico by tweeting a photo showing immigrant children sleeping in an enclosure surrounded by a chain link fence, along with an AZCentral.com article titled, “First glimpse of immigrant children at holding facility.” But the article and photo were from 2014 — during Obama’s presidency. The photo itself was real, but was misapplied in a different context in order to paint a false picture of Trump-era policies, resulting in fake news.

3. Fake news as omission of information.

This form of fake news occurs when media provides information/data that is factually true, but either misrepresents the information or ignores other information or data that would counter its narrative.

Examples: In an op-ed, Ken Stern, former president of NPR, wrote that the media often ignores data to support gun rights, focusing only on data that supports stricter gun control. He wrote “legitimate defensive gun use (DGU) … is often dismissed by the media as myth” even though they “happen all the time — 200 times a day, according to the Department of Justice, or 5,000 times a day, according to an overly exuberant Florida State University study.” Stern said the media did not cover an incident of a Houston store clerk who used his gun to wound a would-be robber who was brandishing his own gun. Stern found a video showing the incident on Reddit. Therefore, news that pushes the need for stricter gun control while ignoring arguments for gun rights could be seen as fake news.

In February 2019, AllSides wrote about how the media reports hate crimes are either rare or common, depending on their bias. Law enforcement reported 7,175 hate crimes to the FBI in 2017, up from 6,121 in 2016. Although the numbers increased over the year, so did the number of law enforcement agencies reporting hate crime data — with 1,000 additional agencies contributing information. Media outlets on the left (CNN, Vox) and media outlets on the right (National Review, The Resurgent) omitted the fact that more agencies were reporting in order to either present their view that hate crimes were on the rise (left outlets) or to present a view that reports of increasing hate crimes were overblown and only a small percentage of Americans experience hate crimes each year (right outlets). Those who believe hate crimes are on the rise may see the right-wing outlets as using the data to report fake news; those who believe hate crimes are not a major problem may see the left-wing coverage as fake news.

4. Fake news as poor choices about what should be news.

Examples: Media Research Center (Right media bias) said that mainstream media outlets provided six times more coverage for a story about a white supremacist endorsing Trump while downplaying a story about the Taliban-supporting father of a terrorist endorsing Hillary Clinton. Some may characterize the media's focus on the Trump story as fake news.

In January 2019, Media Matters for America (Left media bias) said Fox News’ (Right bias) top three prime-time shows and its flagship morning program, Fox & Friends, ignored a report that President Donald Trump “sat down with Vladimir Putin for several minutes of conversation at the end of an evening event at the G20 summit in Buenos Aires in November, with no translator or note-taker from the US side to record the dialogue.” Media Matters said left-biased sources MSNBC and CNN “both spent significant time discussing the report.” Therefore, some may characterize Fox & Friends' focus on other stories as "fake news."

Broad Disagreements Over Whether CNN is Fake News

There is broad disagreement as to what ought to be referred to as “fake news” in general. Many left-leaning mainstream media outlets, including CNN, MSNBC, and The New York Times, often use a more narrow, literal definition of “fake news” — referring to purely fictional, made-up information.

However, media outlets and people on the right and the progressive left often use a broader definition of “fake news” to describe media coverage that may include some factual information but is overly biased, deceptive, or manipulative. They believe that established media powers are employing bias, misrepresenting facts, failing to do good-faith research, focusing on the wrong things, and/or lacking credibility — amounting to “fake news.” For those using this definition, they may see CNN as fake news.

And yet, people from all all sides of the political spectrum — left and right —have noted that sometimes, the term “fake news” is used to discredit anyone or anything someone disagrees with or doesn’t like.

Fake news may be accidental, intentional, or somewhere in between. An entire news outlet isn’t necessarily “fake news” because it posted one incorrect or false story. Mistakes do happen, and often, journalists who make an oversight or accidentally publish false information apologize, retract, and try to rectify the situation.

In our polarized democracy, people have very different opinions about what constitutes fake news. AllSides rates media bias and has developed the AllSides Media Bias Chart™ to help you easily identify different perspectives, compare coverage, and find the truth.

What do you think — is CNN fake news? Take the AllSides poll below.