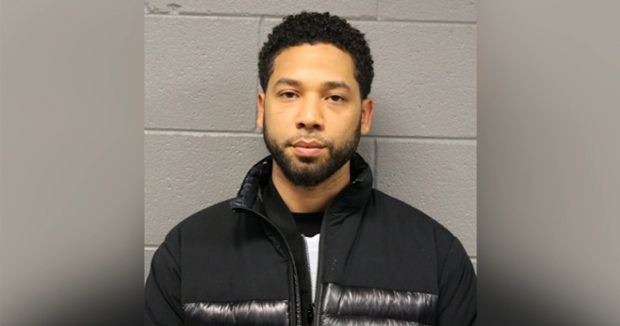 After the Jussie Smollett hate crime case was revealed to be a hoax, media outlets on both the left and the right seemed split as to whether or not hate crimes are a common or uncommon occurrence in the U.S. overall.

In case you missed it, last week Jussie Smollett turned himself in after police uncovered that he had fabricated his initial hate crime report. Smollett originally claimed two men beat him while making racial and homophobic remarks and yelling “This is MAGA country.” Police now believe Smollett, unsatisfied with his salary and seeking publicity, paid two brothers to stage the attack just a week after Smollett wrote himself a threatening letter. Smollett was charged with a felony crime of filing a false police report.

The right largely condemned the news media and prominent Democratic politicians for uncritically accepting Smollett’s initial version of events and running with the story before all the facts were out. Yet many on the left maintained that it is still important to believe victims because hate is a problem in this country.

Both sides agreed, however, that hoaxes like Smollett’s make things harder for real victims of hate crimes.

Because many of those on the left initially used Smollett’s account to bolster their claim that America has a hate problem, the left and right soon began discussing whether or not there are a lot of hate crimes in this country. Let’s look at how each side used numbers to prove or disprove their point.

What the Right Says About Hate Crimes

Those on the Right say claims that America is experiencing a surge of violent hate crimes, especially in the wake of Trump, are unrealistic and overblown. They point to numbers showing that just a small fraction of a percentage of Americans experience hate crimes in any given year.

“The FBI has lately started logging hate crimes. It came up with a log of 7,000 incidents of all kinds, in the entire country, in the supposed nightmare first year of the Trump administration, 2017,” writes Kyle Smith at the National Review. “That’s every kind of hate crime, starting with graffiti vandalism. The incidence rate is in the range of 0.00002 percent.”

Stacey Lennox, writing at The Resurgent, had a similar take.

“According to 2017 statistics from the FBI, in a country of almost 326,000,000, there were 8,828 hate crimes in 2017,” wrote Lennox. “Over half, or 4,922 of these crimes, were property crimes or intimidation that did not rise to the level of simple assault. This means it is highly improbable any one person is the victim of a hate crime.”

What the Left Says About Hate Crimes

Those on the left say that hate crimes are a big problem in this country — and growing.

“Hate crimes are real and widespread,” says German Lopez, national analysis on hate crimes, based on police reports, each year — concluding that there were more than 7,100 in 2017, up 17 percent from the year before. That’s nearly 20 hate crimes a day,” writes Lopez.

CNN took on a similar take, claiming that hate crimes are growing.

“CNN previously reported on the FBI's hate crime statistics released last November, which showed the number of hate crimes reported to the bureau rose about 17% in 2017 compared to 2016,” CNN stated. “2017 is the latest year for which those statistics are available.

“It was the third-straight year that hate crime incidents rose.

“But even the FBI's statistics tell only part of the story: About 50% of hate crime victims don't report the incidents to authorities, according to 2017 data from the Bureau of Justice Statistics.”

The truth may depend on your bias and perspective. Consider how Lopez ends his Vox piece [emphasis mine]: “The numbers paint a grisly picture: Thousands of people, if not hundreds of thousands, are victims of a hate crime each year in the US.”

We can also see bias by omission at play in the left outlets that used BJS statistics. Vox didn't provide any context as to how BJS data differs from FBI data, and neither outlet noted how that might lead us to ask more questions or draw different conclusions. Namely, BJS data is based on a survey of Americans. Because the data is self-reported, it includes incidents that were never reported to the police. CNN mentions this, but fails to add the nuance that this also means the incidents were never investigated by police. That means the BJS number may include unproven allegations.

Both the left and right outlets omitted another fact that provides more context — and raises more questions. According to the FBI’s website (emphasis mine), “Law enforcement reported 7,175 hate crimes to UCR in 2017, up from 6,121 in 2016. Although the numbers increased last year, so did the number of law enforcement agencies reporting hate crime data—with approximately 1,000 additional agencies contributing information.”

Did hate crimes actually increase overall, as CNN claims? Or does omitting the fact that a greater number of agencies are reporting simply make it appear that hate crimes are on the rise? How many agencies are still not reporting? Could we see higher numbers in the future? And if so, would it be due to more agencies reporting, or more crimes being committed?

In the end, whether you believe the numbers to be an indicator of peaceful times or violent ones may depend largely on your bias — or who you’re reading.