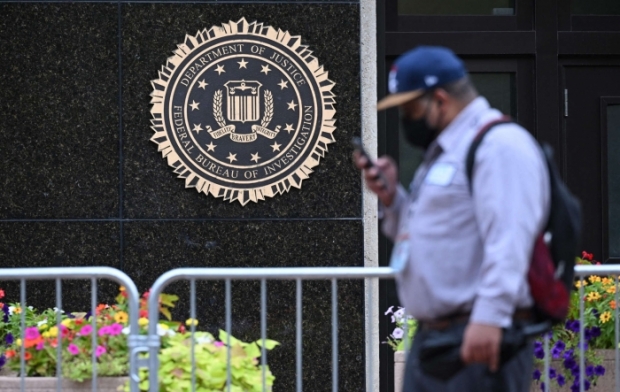 A judge heard arguments Thursday on whether sensitive documents pertaining to the FBI's raid of Mar-a-Lago should be unsealed and released to the public - something that voices on both sides are calling for.

Magistrate Judge Bruce Reinhart said Thursday that he's inclined not to seal the entire affidavit. He told the government to file a redacted affidavit by next Thursday and to be prepared to explain the redactions.

Former President Donald Trump and mainstream news outlets such as the Associated Press (Lean Left bias) are among those pushing the Justice Department and the FBI to release its affidavit for acquiring the Mar-a-Lago search warrant. Federal authorities, meanwhile, have said the documents are too sensitive to publicize and argue that their release would disrupt the confidentiality of the investigation and pose privacy concerns.

The FBI executed a search warrant at Trump's Florida estate on August 8, and recovered at least 11 boxes containing highly classified materials, including ones marked "top secret." They also seized other documents, such as Trump's passport, which has since been returned. It's unclear what exactly the classified materials involve; some reports suggest they pertain to nuclear weapons.

A federal judge unsealed the FBI's search warrant last week. The warrant showed that the FBI was investigating Trump for possible obstruction of justice and potential violations of the Espionage Act. Amid criticism of the FBI from the right and some threats of violence, former Vice President Mike Pence told fellow Republicans Wednesday that "we can hold the attorney general accountable for the decision that he made without attacking rank and file law enforcement personnel at the FBI."

Trump and his supporters agree with the media's calls for more transparency about the raid, but the focus is largely split aside from that. Left- and center-rated media focused much more on threats of violence made against the FBI in response to the raid, as well as speculation of what the seized documents contain. Right-rated news sources tended to focus more on Trump's reaction and criticism of federal authorities, as well as arguments suggesting that the Justice Department weaponized its resources to target a political opponent.

"Sealed records containing evidence the U.S. Justice Department presented to secure court approval to search Donald Trump's Florida home will be at the heart of a hearing on Thursday, when news organizations will try to persuade a federal judge that the public deserves to see the details."

"Sen. Lindsey Graham (R-S.C.) on Tuesday again called for the release of the FBI affidavit used as justification for the search at former President Trump's Mar-a-Lago residence, saying that without it, 'we're flying blind in the dark.'"

"Allies of Trump calling for the release of the footage have suggested he might use the recordings in campaign ads for a potential 2024 presidential run, effectively showing Americans a tangible example of his claims of political persecution."

"The hoax surrounding the search of Trump’s Mar-a-Lago home rests on claimed misconduct which, if true, raises concerns of a dire national security crisis. Like having a Russian stooge or agent in the White House, Trump keeping supposedly top-secret documents unsecured in his Florida home suggests a serious threat to our national security. "

"The joint intelligence bulletin mentioned an incident last week in Cincinnati, Ohio, where an armed man tried to storm the FBI field office. He then fled and was later shot and killed by police. Over the weekend, meanwhile, a small group of armed Trump supporters protested outside the FBI field office in Phoenix, Arizona. The demonstration was peaceful, and concluded without incident."

Poll: Majority of Americans Approve of Search on Mar-a-Lago for Files Trump Took