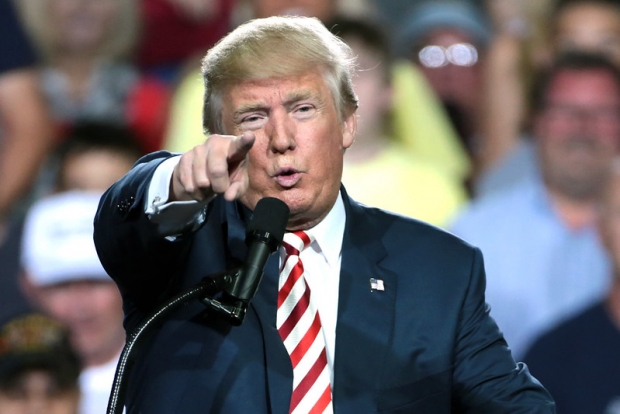 In the wake of Donald Trump’s personal residence being searched by the FBI, the left and the right have had very different reactions. Some think it was likely warranted and others think it’s a weaponization of the government to attack political foes. Media coverage from the left and right often reflects these differences, though there is some consensus that there is not yet enough information to determine a thorough opinion.

What We Know About the Raid So Far

On August 8, former President Donald Trump put out a statement saying the FBI was searching his Florida residence, Mar-a-Lago. At the time, the purpose of the search was unclear.

What is in the Search Warrant?

According to Lawfare (Center bias), “The locations authorized for search included the “‘45 Office,’ all storage rooms, and all rooms that the former president and his staff could have used to store materials.” Three laws were cited in the warrant, according to Tangle (Center bias), which reported:

“One was the 1917 Espionage Act, which prohibits the mishandling of national defense documents and materials… The second law cited was related to obstruction of justice, and the code specifically criminalizes efforts to interfere with federal investigations by destroying or falsifying documents. The third law cited makes it a crime to conceal or destroy government records and penalizes violators with a three year maximum sentence.”

What was Found in the Search?

The Wall Street Journal (Center) reported that the FBI collected 11 sets of classified documents in the search, some of which were “Top Secret,” the government's highest classified ranking. The Washington Post (Lean Left) wrote about an anonymous source who claims that the FBI was searching for documents related to the U.S. nuclear program.

Bias by Story Choice on the Right

So far, the bipartisan call for increased transparency about the raid from Congress has only been covered by outlets on the right. Coverage on the right has varied widely.

Many right-rated sources have focused primarily on Trump’s reaction and less on the criticisms of his handling of the documents.

Trump insisted that the affidavit that the FBI used to execute the raid should be released to the public, as covered by the New York Post (Lean Right).

According to Fox News (Right Bias), in Trump's first interview after the raid, he vowed to “bring down the temperature.

The National Review speculated that the raid was not about classified documents, but rather a reaction to January 6. They also pointed out that some on the right viewed the timing of the raid to be suspicious because they executed the warrant right before it could directly conflict with the midterm elections.

While Trump and his allies worried about an unjustified witch hunt and other conservatives were concerned over the precedent this sets for the U.S., the right omitted stories about the reactions of Trump supporters on social media, as other outlets ran headlines about threats to the FBI – as well as one case of real life violence – on the right in response to the raid. This amounts to bias by omission.

Bias by Story Choice on the Left

Many Center and left-rated media outlets highlighted the threats of violence against the FBI in the wake of the raid while focusing less on Trump’s reaction and others’ criticisms of federal authorities.

A CNN (Left bias) report said Truth Social’s “looser rules and moderation” can result in “the proliferation of violent rhetoric.”

NPR (Lean Left bias) highlighted the role of “the Trump-backed social media site Truth Social” in its report on an extremist attempting to breach an FBI office in Cincinnati after the raid.

While the left tended to focus on stories that highlight purported extremism within Trump’s base after the raid by focusing on threats to the FBI, many didn’t cover the congressional call for increased transparency or Donald Trump’s call to release the affidavit that led to the raid.

The focus on threats to the FBI from left-rated media outlets could be interpreted as sensationalism. For example, Insider (Lean Left bias) wrote “'Total disintegration' of the FBI, civil war: Trump World and far-right explode over Mar-A-Lago raid.” The use of the “explode” and “civil war” are examples of such sensationalism.

In an escalation from social media threats, A man attacked an FBI office in Cincinnati on August 4 in apparent retaliation to the raid. He was killed later in a police standoff, and no one else was hurt or injured. There have also been armed protests outside FBI offices in Phoenix, AZ.  There have been no other reports of violence against FBI agents so far.

Both the left and the right emphasized stories about how this raid may aid Trump’s influence in upcoming elections. Insider (Lean Left) quoted Donald Trump in a Truth Social post in which he said,  “Polls are showing that some lost Republican territory over the last number of weeks has been more than made up with the unannounced Break In by the FBI, which should never have happened!" Across the spectrum, people seem to agree this could make Trump a martyr in the eyes of supporters.

Both sides also agree that many questions remain unanswered, such as what exactly the documents pertain to and whether Trump actually broke the law. More information may clarify the intentions of the DOJ and FBI as it is revealed.

There are far more opinion articles being published than objective news articles on the Mar-a-Lago raid at this point, so AllSides encourages you to be aware of the bias of what you’re reading and continue to use our balanced news to get perspectives from different political lenses.