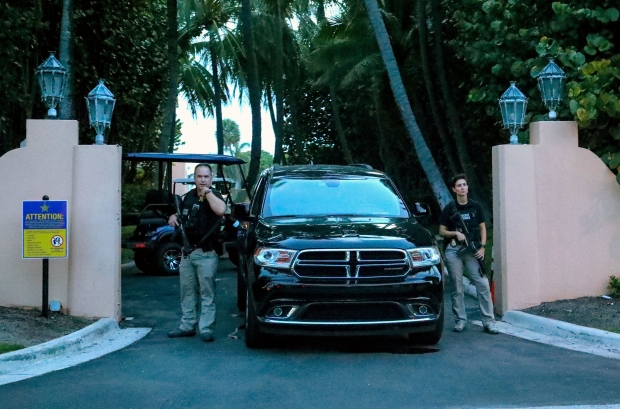 Attorney General Merrick Garland is ostentatiously apolitical. He has made it clear since his appointment that he does not see himself as a partisan advocate, and last week’s historic events demonstrate that Garland is not even slightly interested in whether his decisions unite or divide the country. His job is to prosecute crimes.

But it’s our job here to analyze the political ramifications of these types of non-partisan actions. And there’s no question that Garland’s efforts to stay above the political fray has presented former president Donald Trump with an extremely valuable political gift.

Before we go any further, it’s important to note that we don’t yet know either the reasons that Garland instructed the FBI to search Trump’s Mar-a-Lago resort or the specifics of what they found, other than "highly classified materials." But while still allowing for the possibility that the documents that Trump took from the White House demonstrate such blatant disregard for national security that they cause massive defection from the ranks of his supporters, it’s more likely than not that the primary electoral impact of the Justice Department’s investigation will be to rally Republican troops to Trump’s side and potentially motivate GOP turnout in this fall’s midterm elections.

For much of the spring and summer, it seemed as if Trump’s support among conservative loyalists was beginning to ebb. While the former president was still the strongest political force in the Republican Party, his potential rivals for the 2024 nomination were beginning to close that gap. Florida Governor Ron DeSantis actually outpaced Trump in a few statewide polls among GOP voters, but former Vice President Mike Pence was taking the first steps to frame a “past vs future” messaging contrast to which Trump could be vulnerable.

While carefully avoiding any direct criticism of his former boss, Pence appeared to touch a chord with pro-Trump conservatives who were no longer as excited by Trump’s constant focus on the outcome of the 2020 election. Even some of Trump’s most committed backers have indicated that -- despite their continuing affection for their leader -- it might be time to turn the page and focus their attention on their next set of political and policy priorities. DeSantis has been particularly effective in identifying cultural and social issues that excite conservative voters, but Pence, Virginia Governor Glenn Youngkin and other Republican hopefuls have also begun edging away from Trump’s fixation on 2020.

But when Garland authorized the FBI search, he unintentionally allowed Trump to move his complaints about the unfair treatment he has received from the past to the present. Rather than reminding his admirers about the perceived injustices he endured two years ago, Trump now has the much easier task of stoking the Republican base with more recent outrages perpetuated against him by the liberal deep state.

Trump has not only updated his angry message -- he has refined it. While his supporters were deeply unhappy about the outcome of the 2020 election, they were infuriated on their hero’s behalf. They strongly identified with Trump and felt wronged for him, but ultimately this was a political affront rather than a personal one for them. Trump has leveraged the FBI search as a warning of government intrusion that could be directed next against any American, and that his followers should fear similar intrusions against them and their families in their own homes.

Again, there is no way to predict whether additional information about the investigation could be more damaging to Trump once made public. (Some nervous congressional Republicans began hedging their bets when it was reported that some of the materials contained information relating to nuclear weapons.) But right now, the GOP is flocking back to him.

However, Trump might not be the only president who benefits politically from this controversy. Biden has been on the receiving end of no shortage of criticism and second-guessing from a growing number of Democrats, including some who have openly called for the party to turn to a new nominee in 2024. But Biden correctly believes that he is the best-positioned member of his party to defeat Trump, and if Trump does appear to be re-establishing himself as the probable GOP standard-bearer, concerned Democrats are more likely to turn to Biden again to stop him.

In fairness to Garland, let’s remember to draw a stark line between political motivations and political ramifications. But even if it was completely unintentional, the Attorney General’s unprecedented decision last week will have an immense impact on the way both parties approach the next presidential campaign.