Sources across the political spectrum reported Friday that the FBI recovered classified documents from Mar-a-Lago, including some marked as top secret.

While reports suggest that the FBI sought classified documents about nuclear weapons in its Mar-a-Lago raid, former President Donald Trump is denying that assertion and pushing the Justice Department to unseal the search warrant. The Washington Post (Lean Left bias) reported that, according to anonymous "people familiar with the investigation," FBI agents were looking for documents pertaining to nuclear weapons and other sensitive matters that they feared could be "in danger of falling into the wrong hands." Writing on Truth Social, Trump said "the nuclear weapons issue is a hoax." U.S. Attorney General Merrick Garland said Thursday that the Justice Department had asked a federal court to unseal the search warrant. Trump voiced support for releasing the warrant in another Truth Social post Thursday night. A Trump spokesman said that "The Biden administration is in obvious damage control after their botched raid where they seized the President’s picture books, a ‘hand written note,’ and declassified documents."

Right-rated outlets focused more on Trump's response to Garland, support for unsealing the warrant, and denial of the Post's report. Left- and center-rated sources more often focused on the Post's report and speculation about what Trump took from the White House. Updated 8/12/22 at 2:01 p.m. ET 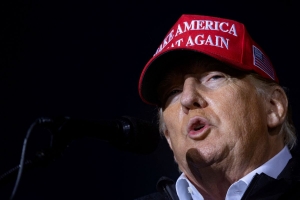 Former U.S. President Donald Trump said on social media on Friday that the "nuclear weapons issue is a hoax," responding to a Washington Post report that FBI agents sought nuclear documents in a search of his Florida home earlier this week.

It was not clear whether such documents were recovered at the Trump's Mar-a-Lago resort in Palm Beach, the Post said. Reuters could not immediately confirm the report.

The U.S. Justice Department asked a judge on Thursday to make public the warrant that authorized the FBI search of Mar-a-Lago, after... 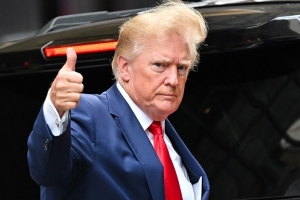 After a federal judge gave the Justice Department a deadline to determine whether former President Trump supports or opposes unsealing the search warrant and property receipt used by the FBI to search his Mar-a-Lago home Monday, the former president said he heartily supports the move.

In a pair of posts, Trump called the raid on his Florida estate "unAmerican, unwarranted, and unnecessary" and said he approved of the "immediate release"... 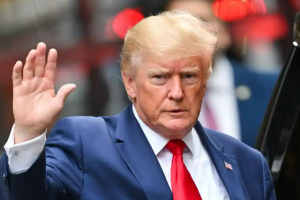 FBI agents were looking for secret documents about nuclear weapons among other classified material when they searched Donald Trump’s home on Monday, it has been reported.

The Washington Post cited people familiar with the investigation as saying nuclear weapons documents were thought to be in the trove the FBI was hunting in Trump’s Mar-a-Lago resort. They did not specify what kind of documents or whether they referred to the US arsenal or another country’s.

The report came hours after the attorney general, Merrick Garland, said he had personally authorised the government...