Middle East, Afghanistan
Save for Later
From The Right 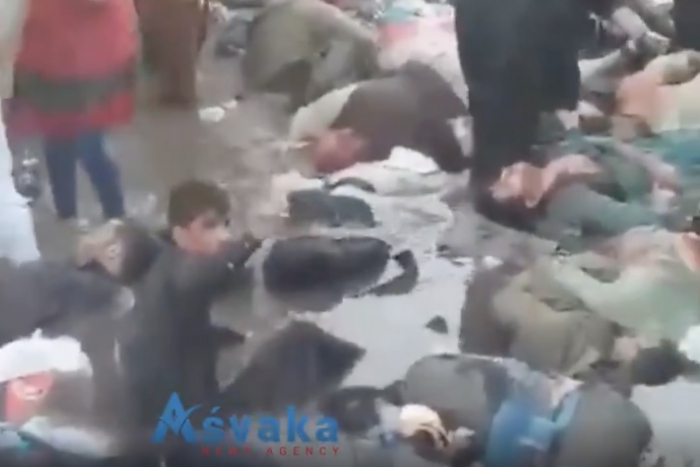 Some of the people shown in the unconfirmed recordings were lying face-down in the filthy water, while others, who appeared seriously wounded, were sitting and seemed to be waiting for help.

One man’s head lolled about as he was being pulled from the ditch, and it was unclear if he was dead or alive in the 52-second clip posted on Twitter by the Askava News Agency.

Others were splayed out motionless on one bank, with one man’s white clothing stained by blood that appeared to have poured from his neck and limbs.