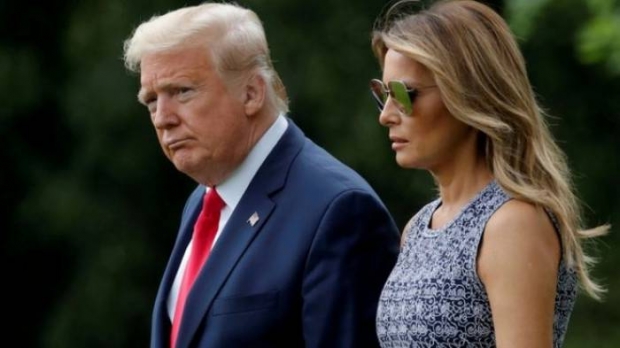 President Donald Trump, First Lady Melania Trump and other prominent figures in the Trump administration contracted the COVID-19 coronavirus over the past week. Notable voices on both sides of the spectrum, including former Vice President Joe Biden, wished he and the others well in recovery.

Some reports from left-rated sources have concentrated on Supreme Court nominee Amy Coney Barrett's nomination ceremony last week at the White House as a possible "super spreader" event, and are scrutinizing the timeline regarding when the president first learned he was COVID-positive. Other left-rated voices say the president's illness is a product of his own purported leadership failures.

On the Blog: It may seem like Trump's chances of reelection are dwindling. Are they?; Our analysis shows that partisan media outlets draw wildly different conclusions from the same sets of data; and a Media Bias Alert: Coverage from left and right was not alike after a woman allegedly hit two pro-Trump demonstrators with her car at a California protest.

More from AllSides: Media Bias 101: Learn how to tell the difference between news, analysis and opinion online with our new guide; AllSides is curating a balanced feed of fact checks about the 2020 elections; you can also now support our work and mission by becoming a sustaining member of AllSides. Sustaining memberships allow you to read AllSides ad-free.

"Trump spent three days at Walter Reed National Military Medical Center after he tested positive for COVID-19 Thursday. He was given several drugs to treat the infection, including an anti-viral, an antibody cocktail, and a steroid. Trump released a video after his return to 1600 Pennsylvania Avenue in which he said, "Now I'm better. And maybe I'm immune, I don't know. We have the best medical equipment, we have the best medicines, all developed recently."

"If he fully recovers -- and everyone with an ounce of goodwill for a fellow human being should hope he does -- he should not engage in triumphalism, as if he is Superman, but share with the nation what he has learned from the experience and what the country can also learn."

President Trump has tested positive for COVID-19. What's the typical course of the illness?

"Because of his age and obesity, Trump is in two very high-risk groups for developing severe COVID-19 disease, hospitalization and death. At 74, the president is five times more likely to be hospitalized and 90 times more likely to die of COVID-19 than someone between the ages of 18 and 29, according to the CDC. A medical summary released in June said Trump is 6-foot-3 and weighed 244. That gives him a body mass index of 30.5. That's just over the line into obesity."

"In much international media, however, the news was accompanied by criticism of what was said to be the US president's "botched" response to the coronavirus pandemic, and his "open scepticism" over the use of face masks and social distancing. Elsewhere, questions have been asked about what the news could actually mean for the US presidential election."

"All removing his mask did was show that he still doesn’t care if you die from the disease. It’s much more important to him to believe that he’s strong, and keep up his political message that everything is under control and there’s nothing at all to be afraid of in the coronavirus."