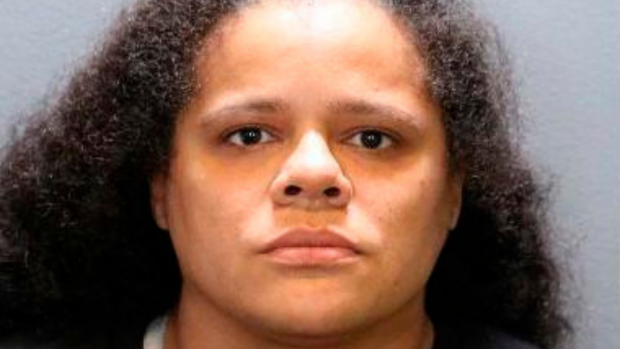 Media coverage differed greatly between left and right, and from source to source, after a woman was charged with attempted murder for allegedly driving through a group of protesters and severely injuring two pro-Trump demonstrators Saturday in Yorba Linda, Calif.

Tatiana Turner can allegedly be seen on video driving through a group of people who appear to be surrounding her car, during reportedly dueling protests between Black Lives Matter and pro-Trump demonstrators, which was ruled an unlawful assembly. Sgt. Dennis Breckner of the Orange County Sheriff's department said the injured people "were part of the Trump group."

The story was covered by major media outlets throughout the political spectrum, moreso by left- and right-rated outlets than by center-rated ones. In comparing some of this coverage, we found stark and interesting differences in how various outlets gave the details.

Coverage was sometimes similar — most outlets linked to the sheriff department’s official press release — but generally differed from side to side. Many right-rated outlets said Turner "rammed" or "plowed" through protesters, and many left-rated outlets used passive voice or placed attention on other recent violent vehicle incidents and examples of alleged police brutality. Some outlets on both sides mentioned that the victims were apparently Trump supporters, while others didn’t. Some mentioned Taylor's alleged ties to the protest group Caravan4Justice (C4J); others didn’t.

Compare coverage from outlets on all sides of the spectrum with our breakdown below:

Some coverage from left-rated sources didn’t include video of the incident, and didn’t mention that the injured people were reportedly Trump supporters. Some reports mentioned Turner’s alleged connection to C4J, and others didn’t.

The Times says Turner was arrested "after the car she was driving struck two people during a demonstration for racial justice in California that clashed with a counterprotest on Saturday." The report describes how the car "lurched through the crowd and hit two people." It links to the video, and reports that a spokeswoman for the sheriff's department said it was unclear which group the alleged victims belonged to, because the two protest groups had converged. It mentions that authorities believe Turner to be involved with C4J.

The report initially says Turner was arrested "on suspicion of attempted murder and assault with a deadly weapon after driving her car into a crowd during a demonstration... involving protesters against police brutality and counter-demonstrators." This story links out to the video, and doesn’t mention C4J. It later gives the quote from Breckner.

This shorter article doesn’t include the video or mention Trump supporters. It says Turner was arrested for "allegedly ramming her car into protesters, seriously injuring two people."

This report includes the video, and mentions C4J and its alleged connection to Turner. The report says, "Videos on social media show a white sedan driving into a crowd of people, which included people waving Trump flags. One man and one woman were injured after being struck with the vehicle."

Right-rated outlets were more likely to include video evidence, and explain which protest groups the driver and those struck were allegedly part of. Some also focused on purported left-wing media bias in covering the incident.

This story begins: "The founder of a pro-Black Lives Matter group called Caravan4Justice was charged on Saturday by law enforcement officials in Southern California for allegedly ramming a car into a crowd of Trump supporters." It focuses mostly on the quote from Beckner and the police report, and includes video of the incident.

This shorter article begins: "A Black Lives Matter supporter was arrested and charged with attempted murder after she reportedly drove her car through a crowd of Trump supporters in California." It mentions C4J and includes video and pictures.

This report describes Turner as a "BLM organizer," and says, "Federal records show that Turner filed a trademark application for Caravan4Justice in July, and a GoFundMe campaign names her as the group's 'founder'," but doesn't offer links or direct quotes to support this.

This article concentrates on alleged bias from New York Times in covering the story. The headline focuses on "Trump supporters," and the story mentions the protest group.

Most coverage from center-rated sources didn’t include video of the incident, and instead summarized it with several paragraphs. Some outlets focused on the Orange County District Attorney’s condemnation of Turner; others focused on statements from Turner’s lawyer.

NPR's opening sentence says, "A prolonged confrontation between Black Lives Matter and pro-Trump demonstrators outside Los Angeles turned violent Saturday, as someone drove a car through the pro-Trump group." It later says the car "suddenly accelerated through the crowd, ramming into the group carrying Trump signs and American flags." It does not include video, and it does mention Turner’s possible connection to C4J.

This article focuses on a statement from the prosecutor, who said Turner "positioned her vehicle to be used as a backup weapon and she used that vehicle as a deadly weapon, willing to injure and kill those who stood in her way." It does not include video or mention C4J. The story says Turner "allegedly ran over a woman’s head and seriously injured a man who broke his leg," and is "accused of trying to kill President Trump's supporters."

Associated Press
The Associated Press published two stories on the news. (Neither of the stories were from AP’s Politics or Fact Check sections, which we rate as Lean Left.) Both include quotes from witness Anthony Bryant, who the AP reports helped Taylor organize the event. Both articles mention previous violent vehicle incidents at other protests. Neither includes the video of the incident, but both describe the video with multiple paragraphs. Neither mention C4J, but both say the event was put on by the Urban Organizers Coalition.

This article says Turner was arrested "after speeding from a parking lot when her car was surrounded by shouting counterprotesters," and describes how the video "shows a crowd of people standing around her car as she accelerates forward. Her rear window shatters as she drives away. The car lurches upward and then continues forward."

This story focuses specifically on quotes and statements from Taylor's lawyer as well as Bryant. It doesn't link to video, but describes it with three paragraphs:

"One video showed Turner getting in her small white sedan as its surrounded mainly by a group of people the sheriff’s office has described as the "Trump supporters." A voice can be heard saying, "Good luck getting out of here."...Three seconds later, the car moved forward into the crowd, pushing several people, including someone holding a sign saying "Black Behavior Matters," and a man wearing a Trump hat and a U.S. flag...As the car paused for a second, the crowd moved in from the sides. Turner then accelerated and a man shattered her rear window. The car lurched upward at one point as it rolled over someone and then kept going."

Moral of the Story? Get Balanced News

So why the discrepancies? It's hard to know for sure what is going on in the minds of reporters when bias manifests, but we do know that partisan media outlets often try to frame stories favorably to their side while making the other side look worse.

That said, bias is not a monolith on either side. Different newsrooms, different editors and different reporters can all have different leanings and dominant perspectives, and (due to human nature) are all also prone to ethical oversights at some point or another. Sometimes bias has nothing to do with it. Other times, it’s the driving force behind coverage.

These innate differences are part of why consuming news from all sides of the political spectrum is crucial. Individual journalists will always miss a detail or two. With the hundreds of news sources at your disposal online, you have the tools to inform yourself from all angles and make sure you’re getting the full picture.