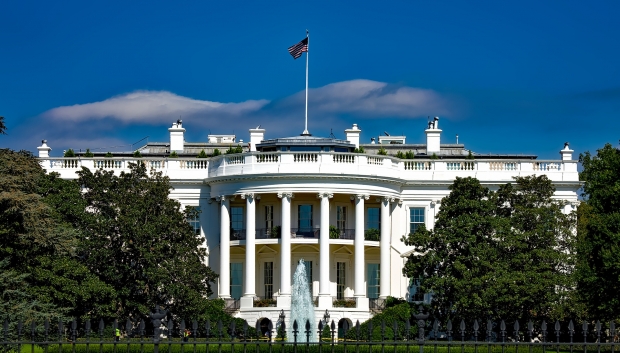 Mark Twain told a story about the cat who sat on a hot stove.

For the cat writing this column, the 2020 election is the political version of a cold stove.

Four years ago, everyone knew that Hillary Clinton would be elected president. Every conventional polling metric showed her winning decisively, and even when the polls narrowed in the final weeks of that campaign, it was difficult to find a mainstream analyst who gave Donald Trump even a small chance of pulling off a historic upset.

But the problem with conventional metrics is that they can’t account for unconventional candidates. Trump rejected almost every traditional approach to political campaigning by ignoring the political center in favor of an effort that mobilized a largely-overlooked segment of white working class voters. As recently as this past winter, it was still an open question whether their affection and enthusiasm could carry him to re-election over a restive and divided opposition.

Then the pandemic hit. Voters have harshly judged Trump’s handling of the Covid-19 crisis, most notably two key voter groups who were instrumental to his election four years ago. Older voters, who have supported Republican candidates by large margins for twenty years, have been disproportionately affected by the coronavirus and have moved decisively toward Joe Biden. As the virus spread from coastal urban areas into small towns and rural communities, working class women who supported Trump over Clinton in large numbers began shifting to Biden too.

While Trump managed to partially close that gap over the summer by focusing his message on law enforcement and public safety issues, his performance in last week’s debate was so poorly received that the margin between the two candidates is now larger than ever. Some national polls show Biden with leads as large as sixteen points, and his margins in key swing states are growing as well. Under almost any circumstance, it would appear that Trump’s chances for re-election are rapidly shrinking.

But because the president and his advisors know that his political successes have always relied on an unusually motivated core of supporters, they have determined that his most likely path out of his current predicament is to excite that remaining base to even greater levels. Through that prism, Trump’s public conduct over the last week or so makes much more sense. His debate strategy, his reaction to his Covid diagnosis, and his early release from the hospital are all messages aimed squarely at his most fervent anti-Washington loyalists. Even his seemingly inexplicable decision to terminate negotiations for a pandemic-related stimulus package may have been intended to underscore his persona as a defiant crusader against the oppressive forces of government. (Trump’s late Tuesday night tweets focused specifically on aid for airlines and other businesses, along with direct payments to individuals. They did not appear to address any of the other types of government relief on which his Administration had been negotiating.)

This approach was effective four years ago because Hillary Clinton was an ideal foil for this type of voter resentment. But while Biden is far from beloved, the American people have not formed opinions about him that are nearly as vivid or nearly as negative as their feelings toward Clinton. In 2016, voters who disliked both candidates opted for Trump by a sizable gap of 17 points. This year, some polls suggest those same “double-haters” are supporting Biden by more than 20 points. These are voters who never liked Trump, but they dislike Biden a lot less. And Trump has struggled to frame an attack that can turn those numbers around.

But Trump has been counted out before, and he has defied expectations in the past by mobilizing these non-voters to turn out for him. He still believes in his gut that he is the tribune of the disrespected and alienated white working class, and if that frightens them enough about the alternative to his re-election, they will carry him to victory one last time.

This is a long shot. But it’s Trump’s best – and possibly last – chance to shock the world again.

This piece was reviewed by AllSides News Editor Henry A. Brechter. He has a Center bias.

Want to talk about this topic more? Join Dan for his weekly webinar “Politics In The Time of Coronavirus” on Thursday mornings at 11 AM PST. You can register for it here. Or read more of Dan’s writing at: www.danschnurpolitics.com