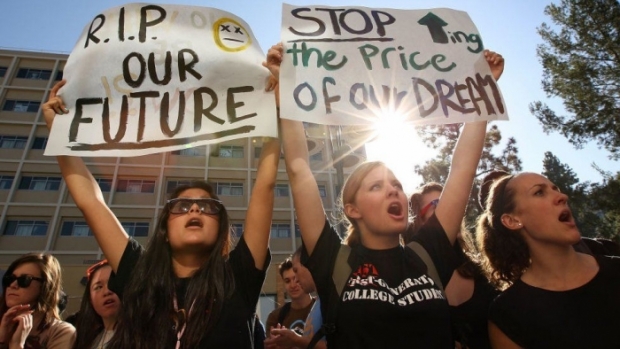 President Joe Biden announced Wednesday that borrowers earning less than $125,000 per year would see at least $10,000 of their federal student loan debt cancelled.

People who received need-based Pell Grants will see up to $20,000 of student debt canceled, and those with undergraduate loans will be able to cap monthly payments at 5% of their income. Biden also extended a pause on student loan payments from September until the end of the year.

Cancelling student debt was one of Biden’s more controversial campaign pledges. Within the administration, months of debate ensued over the proposition, how it might affect the economy, and how it would be perceived by voters. A July poll found that 51% of Americans supported $10,000 of student debt cancellation; the White House said the move will completely cancel the federal student debt of roughly 20 million people.

Right-rated news sources tended to frame the announcement more negatively and to highlight the estimates of how much the program will cost taxpayers. Some left-rated sources instead highlighted the months of deliberation within the Biden administration over how much debt to forgive, and for whom.

Some supporters of the move called it a good first step toward alleviating the estimated $1.6 trillion in college debt held by Americans. Some critics called the policy "a slap in the face" to those who have already paid off their loans. Others argued that the plan helps middle-class and wealthy people more than those who need financial help the most.

Some, especially fiscal conservatives, focused on estimates that the plan will cost taxpayers roughly $300 billion, and cast the move as a political bribe by Biden to win votes. Meanwhile, some fiscal progressives said the move didn't forgive enough debt. Voices across the political spectrum agreed that the move doesn't address the root cause of overly-expensive college tuition.

"For [some] — including millions whose entire debt will be wiped out — the decision means new freedom to move, start a family or keep a low-paying but fulfilling job. But for many others, the long-awaited plan brings bitterness and frustration."

"His move could stoke turnout among young voters this fall who had soured on Democrats, who, in recent elections have appealed to young college-educated voters and young suburban families. A higher ceiling of $20,000 dollars in debt cancellation available to graduates from low-income families who used Pell Grants for college could energize minority voters in swing states."

How to Apply for $10K-$20K Student Loan Debt Forgiveness

"Four years after earning a bachelor's degree, black graduates have nearly $25,000 more student loan debt than their white peers, according to a Brookings Institution study. That is partly due to the fact that they borrow more, on average, than white students, but also because black graduates with a bachelor's degree or higher earn an average of about $5,000 less than white graduates, according to the National Centre for Education Statistics."

"The entire arrangement, while a little too on the nose, is a stark reminder of the self-serving nature of America’s elite. Members of the upper crust are essentially making others pay their bills for them — others who they’ve likely condescended to for not attending the elite institutions they did. It’s a ­ridiculous farce for which the Biden administration should be publicly shamed."