President Joe Biden announced Wednesday that he would cancel up to $10,000 of federal student loan debt for borrowers making less than $125,000 per year.

Biden also extended a pause on student loan payments — which began in March 2020 under former President Donald Trump — until the end of the year. Furthermore, those who received need-based Pell Grants will see up to $20,000 of student debt canceled, and those with undergraduate loans will be able to cap monthly payments at 5% of their income. Biden is scheduled to speak on the matter at 2:15 p.m. ET.

The move fulfills one of Biden’s more controversial campaign pledges after months of internal White House debate over whether the move would spur inflation, which finally evened out in July. There has also been a public debate over the fairness of student loan forgiveness, since most Americans either did not attend college or have already paid off their loans. A July poll found that 51% of Americans supported $10,000 of student debt cancellation.

Coverage differed starkly between right and left-rated outlets, with the right often emphasizing the move’s impact on the national debt; a Fox News (Right bias) headline featured the tagline “$300,000,000,000,” along with a gif of money raining down over Biden. Some coverage from left-rated outlets like CNN (Left bias) emphasized “months of intense internal debate.” 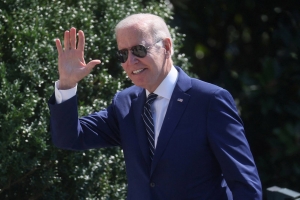 President Joe Biden is set to “forgive” up to $10,000 in federal student debt for those making under $125,000 annually, and $20,000 for Pell grant recipients, transferring the cost of the loans to the American public, the White House announced Wednesday.

Biden’s decision marks the first time a president has canceled federal student-loan debt in such a broad capacity, and comes months before the midterm elections. He had campaigned on canceling up to $10,000 per borrower during the presidential race, but there was no mention of an income cap. 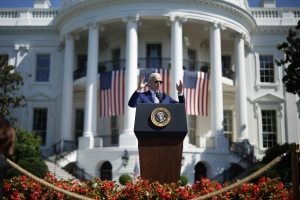 The Biden administration announced Wednesday that it will cancel up to $10,000 in student debt for borrowers who earn $125,000 a year or less and up to $20,000 for recipients of Pell Grants.

Couples who earn $250,000 a year or less and file taxes jointly will also qualify for cancellation of up to $10,000 for each partner.

The administration is also extending the payment pause on federal student loans for a final time through Dec. 31.

In a tweet, President Joe Biden said that he would provide further details on the announcement Wednesday afternoon.

Biden cancels up to $10K in student debt, extends payment pause
The Hill 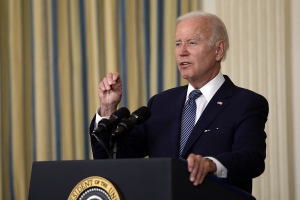 President Biden officially announced on Wednesday that his administration is forgiving up to $10,000 in student loan debt for borrowers making less than $125,000 annually and $20,000 for Pell Grant recipients, marking the largest forgiveness of federal student loans per individual to date.

Biden also again extended a payment freeze on federal student loans and interest accrual, butting right up against an Aug. 31 deadline that would have kicked bills back into effect just before November’s midterm elections.

Biden is ending the Covid public health emergency. Here’s what that means for you.
Vox